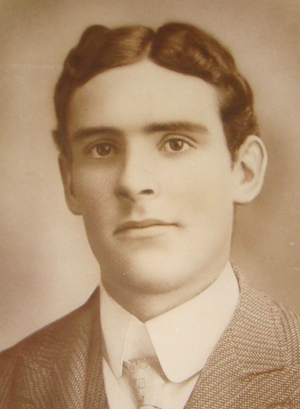 Mr. Nagle was born on November 13, 1879 in Minnesota. He died in  1919. He was a life-long miner in the United States and in Cuba, where he worked as Superintendent of the El Cobre Copper mine for several years. An announcement in an August, 1918 mining publication stated that he would be spending the next several months in Saranac Lake. He stayed at 9 Church Street, Northwoods Sanatorium, presumably for the TB cure. He was buried in August of 1919.

A brick at the Saranac Laboratory has been dedicated in the name of Edwin Bernard Nagle by Frank and Cindy Nagle.