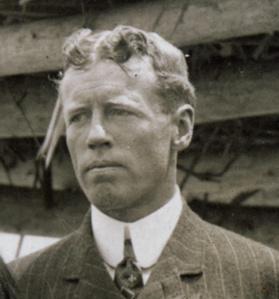 Edwin Charles Cushman Jr. wrote/received at least five letters from Saranac Lake, from 29 Oct. 1904, to 19 December 1904. He probably arrived no earlier than 25 Aug 1904 and left no later than 1907. He would have listed his home town as Bar Harbor, Maine, or perhaps St. Louis, Missouri. He was from a wealthy and notable family. He was sick enough that often he apologizes for not being able to write, and sometimes wrote by dictation.

He worked as an amateur anthropologist from 1893-1897, on Navajo and Anasazi ruins, and with Ute tribes. In 1903-1904 he worked as a “special agent” for the St Louis World’s Fair, specifically as the liaison for the Cocopa Indian exhibit at the Fair.

His tenure at Saranac Lake is unknown, but by late 1907 he had moved to a sanatorium in Virginia, where he died.