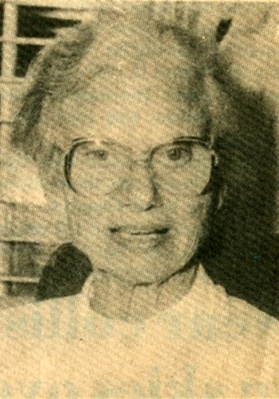 A brick at the Saranac Laboratory has been dedicated in the name of Elise Kalb Chapin by the Bullock and Chapin Families.

Elise Kalb Chapin came to Saranac Lake ill with tuberculosis in 1935. After her cure, she married Mott Chapin, and together they ran the Pot Shop on Main Street in the 1950s. She was active with the Village Improvement Society, the General Hospital, St. Luke's Church and the Adirondack Research Room of the Saranac Lake Free Library, and a founding member of Historic Saranac Lake. She was the subject of a chapter in Caperton Tissot's History Between the Lines.

Elise may have met her future husband when they were both patients in the Fraser Cottage.