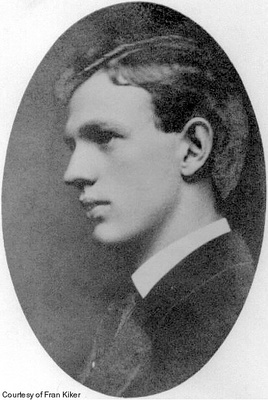 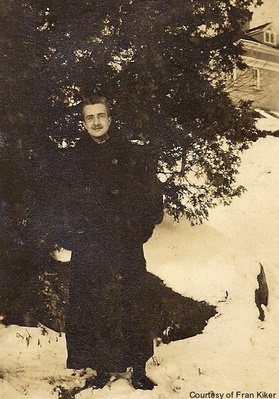 Ernest Malcolm Myatt graduated from law school and was licensed to practice law in North Carolina and Virginia when he was diagnosed with TB. Ernest's obituary says he died, ".. after many months of illness, health having been sought at Saranac Lake. When all hope of recovery was abandoned he was brought home a few days ago so that his last days might be spent with his family." He was not quite 26.

It appears that he attempted the "cure" at 11 Park Place. His younger brother, James McKee Myatt, who also attempted a cure without success in Saranac Lake, died in 1912.

His great-grandfather donated land for a church in his memory, the Ernest M. Myatt Methodist Church near Raleigh, North Carolina. It is still in existence. 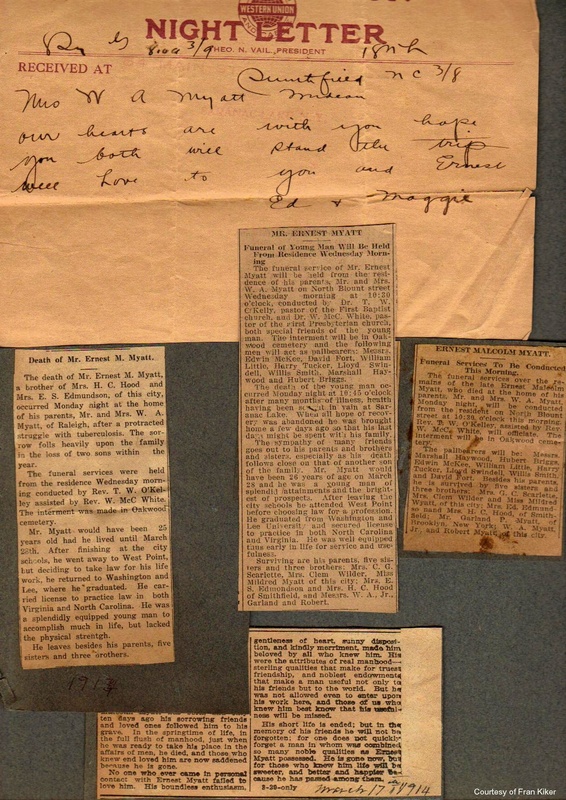 Telegram and obituaries from a scrapbook kept by Ernest Myatt's mother, Mrs. W. A. Myatt. The telegram was from her daughter, Maggie, sent as Mrs. Myatt was traveling to New York to bring Ernest back home.