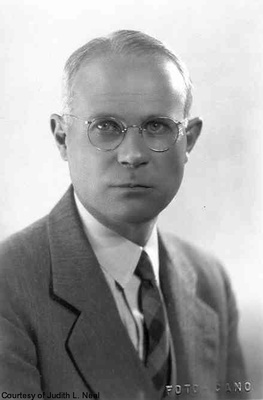 While a student at the University of Chicago studying for his MD, he was diagnosed with tuberculosis. In 1918, after several false starts, he went to Saranac Lake where he became a patient while also working in the laboratory under a subsistence grant from the Trudeau Foundation. In 1919, he returned to Chicago where, after receiving his MD degree, he continued his work on the chemistry of the tubercle bacillus, becoming Professor of Pathology. In 1932 he went to Philadelphia where he served as Professor of Pathology at the University of Pennsylvania School of Medicine and as Director of the Henry Phipps Institute for the Study, Treatment and Prevention of Tuberculosis from 1935 to 1955.

During World War II he served under the Surgeon General of the US Army with the rank of colonel, first in the United States where he worked to improve TB examination standards for inductees, and later in Europe overseeing examination and treatment of released tuberculous U.S. prisoners of war of Germany as well as other prisoners of the Germans. He was the author of some 300 articles and twelve books. His many awards include the Trudeau Medal, the Philadelphia Bok Award, and the gold headed cane of the American Association of Pathologists and Bacteriologists.