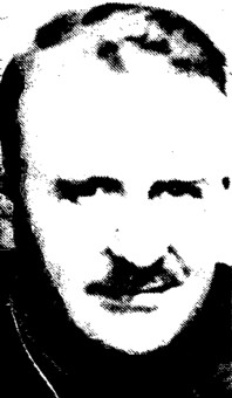 Dr. F. Clark White was the director of the Ray Brook Sanatorium at the time of its closing in 1969. 1 Prior to 1965 he had served as assistant director. 2

SARANAC LAKE — Word has been received of the unexpected death on Wednesday night at Victoria, B.C., Canada, of Dr. F. Clark White, 67, director of Ray Brook State Hospital for Tuberculosis from 1965 to 1970. His home was at Apartment 1111, Lord Simcoe Apartments, 450 Simcoe St., Victoria.

Dr. White joined the Ray Brook staff in 1943 and was assistant director before being named director. He also had been a patient at the hospital for 14 months beginning in 1934.

After his retirement, he and his wife, Frieda, moved to Victoria, but kept their camp in Saranac Lake and visited here this past summer.

He was a native of Kingston. Ont. and was educated there Queens University, the Kingston General Hospital, and Ranting Institute at Toronto University. He served on the staffs of St. Lawrence State Hospital, Newton Memorial Hospital in Cassadaga, and the Uncas on the Thames State Hospital on Norwich, Conn.

In addition to Mrs. White, survivors are three daughters, Barbara, Heather, and Sheila; and a brother Perry, and sister, Mary, in Ottawa, Canada. The funeral services were held in Victoria on Sunday.