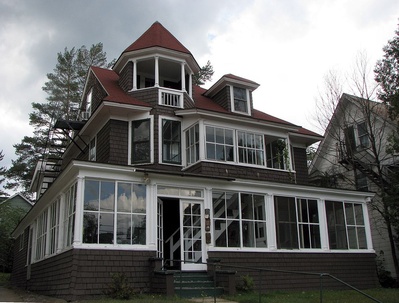 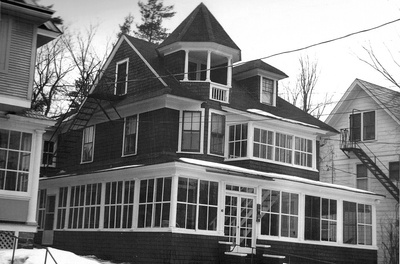 Fallon Cottage Annex, February 1989, South East.Other information: A ten-bay veranda with sliding glass windows wraps the east and south sides of the first floor. One-third of this veranda constitutes a separate cure porch. A second cure porch was added on the second floor between the two bay windows. Three more cure porches were added to the rear of the house.

The Fallon Cottage Annex was one of four properties operated by Anna Loughlin Delaney Fallon Burnett. It was first registered with the T.B. Society as a nursing cottage in mid-1923 by Frieda Cook. Anna Fallon operated the building as a boarding cottage as early as 1928, and bought it in 1937, after which it was operated in conjunction with 33 Franklin Avenue, Anna's home. Patients were served by tray girls from 33 Franklin.

According to the 1916 TB Directory, the Cook Cottage had room for seven patients, with two cure porches. It was run by Mrs. F.E. Cook. Rates were $18-35 per week. 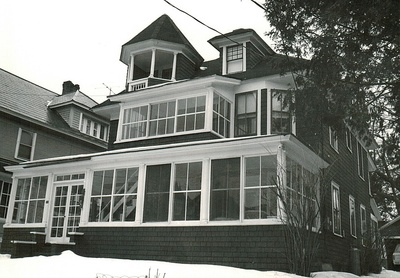 NEW YORK, Oct. 2 (AP)—Wesley Barrett of 31 Franklin Avenue, Saranac Lake, N. Y., was bequeathed one-quarter of the estate of his sister, Ellen B. Barrett, who died August 26, under the will filed for probate today.

Francis Gladd, of 31 Franklin avenue, won first prize in the Saranac Lake Chamber of Commerce amateur photo contest for pictures taken of the Winter Carnival Parade. Announcement of the award was made today.

The third award was won by Francis Gladd, son of Lee Gladd, of the Gladd Motor Company.
As a result. Mr. Gladd, who is employed by the Universal Manufacturing Company, will receive ten bucks in cash.

Mr. Gladd, who did his own printing and retouching, had his prize-winning pictures on display at Leonard's Department Store. Judges of the contest were Bernard Acosta and Marke Green, "pro" photographers, and the rank amateur Hymie Weiner, of the Pontiac Pharmacy. 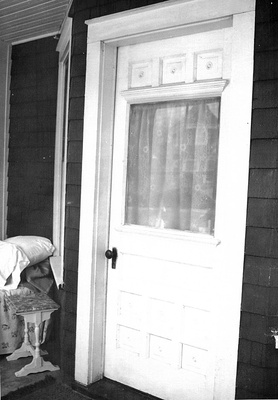 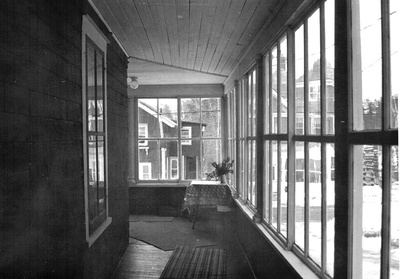