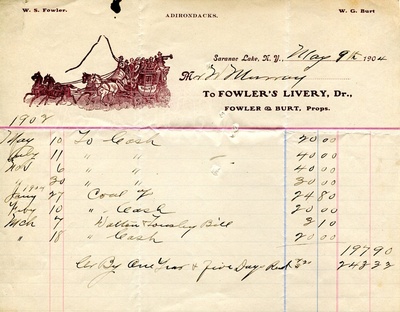 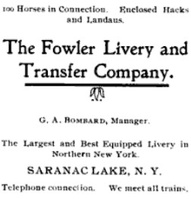 Journal of the Outdoor Life, February 1904

Fowler's Livery, at 2 Broadway, was owned by liveryman, blacksmith and real estate speculator W. Smith Fowler. He sold it in 1910, to William H. Jack, who erected the Jack Block on part of the site. It was later operated by Giles Bombard and became Bombard's Livery.

1917 Mountain Home Telephone directory. Courtesy of Betsy Minehan.The alley to the north of the Jack Block may have been originally called Fowler's Lane; the livery occupied the site at the end of the alley, where a heated garage was later built to accommodate the cars of early guests of the Hotel Saranac (before anti-freeze). A heavily remodeled quonset hut occupies the site now; perhaps it was the heated garage. 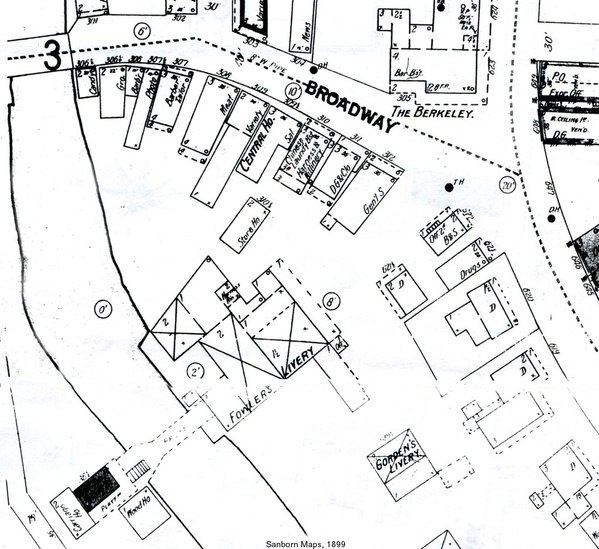 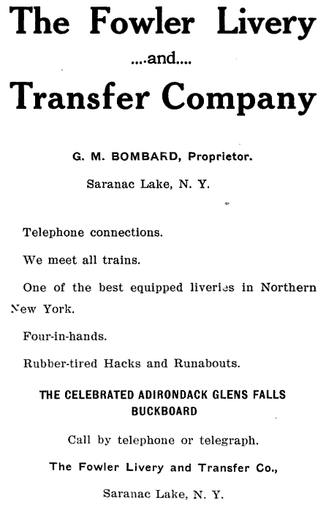 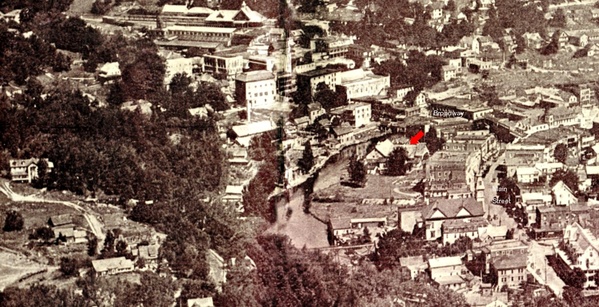 An aerial photograph showing Fowler's Livery. From a 1923 brochure, "Saranac Lake, NY. The Health Centre of the Adirondacks."