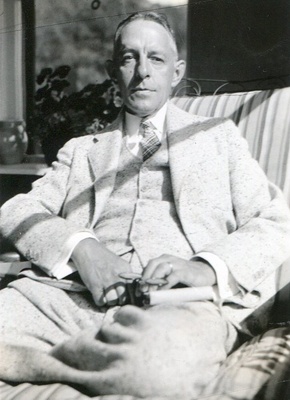 Authority on Tuberculosis, 63, Joined Sanatorium's Staff After Own Cure in 1909 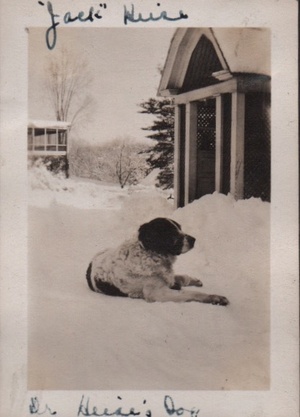 Fred Heise's dog, "Jack".  HSL Collection, TCR 275. Courtesy of Arthur Steneri, Jr.Saranac Lake, N. Y., June 8 -- Dr. Frederick Henry Heise, one of the country's foremost authorities on tuberculosis, died here this afternoon in the Trudeau Sanatorium, of which he was chairman of the medical board. His age was 63.

President of the National Tuberculosis Association in 1944-45 and author of more than a hundred scientific articles on the disease, Dr. Heise began his medical career at the University of Maryland Medical School shortly after his graduation from the Baltimore City College.

A victim of tuberculosis himself, he came to the Trudeau Sanatorium as a patient in 1909, was declared cured in a short time and then became a member of the staff of the institution.

A lecturer at the Medical School of the University of Rochester and the Trudeau School of Tuberculosis, he also was a director of the Saranac Lake Study and Craft Guild.