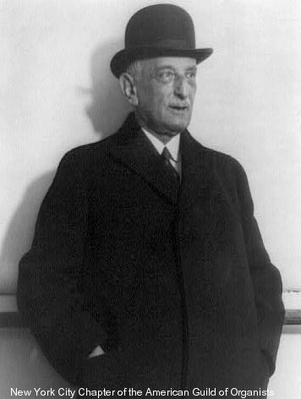 George Blumenthal was a banker, philanthropist, and art collector. He was one of the original members of the Knollwood Club on Lower Saranac Lake, occupying Cottage Two. He conveyed his membership to his cousin, Hugo Blumenthal.

He was born in Frankfort-am-Main, Germany, and came to the United States in his youth. For twenty-one years he was a senior partner of Lazard Frères where he was known as one of the ablest financiers of Wall Street. He retired from active banking in 1925 having amassed a fortune from foreign currency exchange. He devoted the remainder of his life to art and medicine, in particular, the American Hospital in Paris and the Mount Sinai Hospital in New York, where he served as President from 1910-1938. In 1928 he gave $1 million to the Metropolitan Museum of Art, and was its President from 1934 until his death in 1941. He also contributed heavily to the New York Public Library and the Sorbonne, in Paris.

He built several mansions, including two in New York City, a townhouse in Paris, and a château in Grasse, near Cannes, France. In 1903, he had a mansion built at 23 West 53rd Street described by Christopher Gray as "one of the best mid-block mansions ever erected in New York." For many years, this mansion was used as the bookstore of the Museum of Modern Art.

Blumenthal built another showplace mansion at 50 East 70th Street on the southwest corner of Park Avenue, that was filled with his collection of art; it featured a large interior patio complex that was originally in the abandoned castle of Vélex Blanco in Spain. Many of his art masterpieces were bequeathed to the Metropolitan Museum of Art, and the famous patio is now on prominent exhibit next to the grand staircase at the Metropolitan Museum.

He was the uncle of Katharine Graham publisher of the Washington Post.