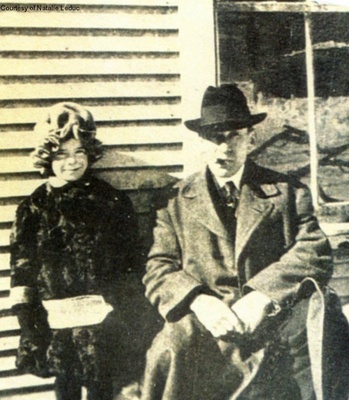 Giles Bombard with his daughter, Beulah

Giles A. Bombard operated Fowler's Livery (later Bombard's Livery) on the corner of Main Street and Broadway, between Broadway and the Saranac River; he also raced horses. He was involved in the development of the Petrova Avenue area. He came to Saranac Lake with his family in 1898. The family lived at 40 Petrova Avenue.

He was a son of Celinda and Joseph Bombard, a farmer from Franklin, according to the 1875 New York census.

Thomas Crawford and wife, of Thayers Corners, have issued cards announcing the marriage of their daughter, Edith, to Giles A. Bombard, on Wednesday, Jan. 14th. 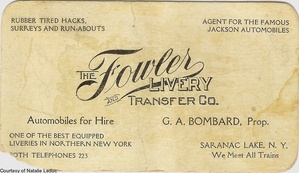 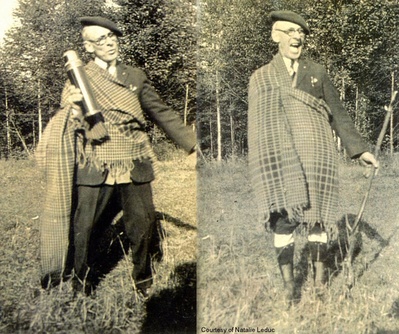 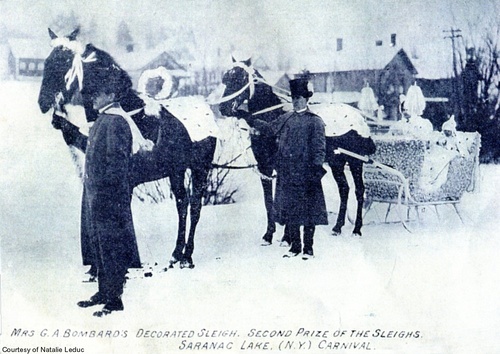 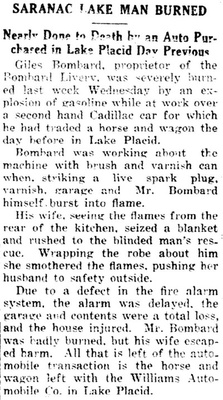 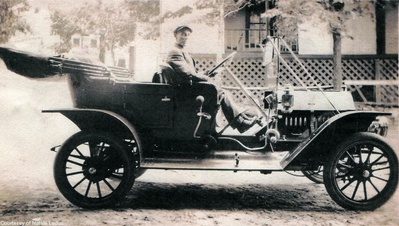 Giles Bombard in one of Saranac Lake's first resident automobiles