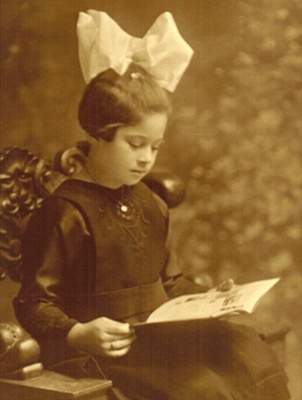 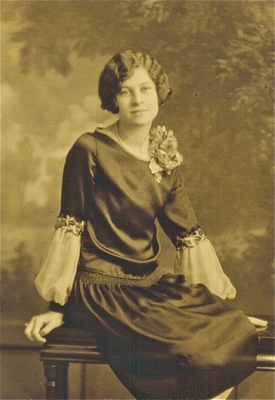 Goldie was originally a Mace, but her mother passed away during childbirth and her father passed away shortly thereafter. Goldie's aunt and uncle, Abbie Pasho and Joe Pasho, took care of her until she was adopted. Goldie was adopted by Warren Ward and his wife Pauline Oldfield Ward when she was 6 years old. They lived across the street from the Pasho family on South Street and Goldie inherited the Ward Cottage from them. Goldie graduated from Saranac Lake High School in 1932. She lived to be 92.

She returned to Saranac Lake in 1968. Mrs. Klein was an avid bowler and was New York State Senior Women's Bowling Association Champion, Class A, in 1991 and competed in the U.S. Nationals in Texas. She was a member of the American Legion Auxiliary, Albert Gonyea Post 3357 in Saranac Lake, AARP and the Telephone Pioneers of America.

Mrs. Klein is survived by a step-daughter, Suzanne Klein of Riverdale, two grandchildren and several nieces and nephews. She was predeceased by her first husband, Charles Emmet, on Aug. 31, 1962, her second husband, August Klein, on Jan. 21, 1987, her father and mother, and two brothers, Donald and Ralph Mace.

Visitation hours will be at the Fortune-Keough Funeral Home from 1 to 3 p.m. on Wednesday. A funeral service will follow at 3 p.m. at the funeral home with the Rev. William Neil, pastor of the First United Methodist Church, officiating. Burial will follow at Pine Ridge Cemetery in Saranac Lake.

Memorial contributions may be made to the First United Methodist Church or Saranac Lake Volunteer Fire Department Rescue Squad in care of the funeral home.