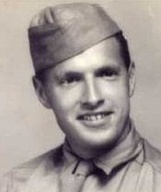 BATH, NY Gordon F. Latour, 85, of 33 Vermont Street, Bath, died Monday, March 4, 2002 at the Bath V.A.M.C. Mr. Latour was born in Saranac Lake, NY, June 10, 1916 the son of the late Francis and Elizabeth (Mahar) Latour. He was a retired office manager from Lane Pipe in Bath, NY. He was an Army Veteran. He is survived by his wife, with whom he celebrated 51 years of marriage in May 2001, Mary Latour of Bath, NY; 4 sons, David (Nancy) Latour of Bath, NY, Bruce (Barbara) Latour of Cleveland, OH, Michael (Janet) Latour of Corning, NY and Steven Latour and Meg Kwasnowski of Washington, DC, 2 grandsons, Brian Latour and Christopher Latour and 2 grand daughters Ryan and Lauren. He was pre deceased by his sister Eleanor Bailey in 2001 and his brother Albert James Latour in 1944. A Memorial Mass will be held at the Bath VA Union Chapel on Tuesday, March 12th at 11:00AM with Reverend David Carson as celebrant. In lieu of flowers memorial donations in Gordon's name may be made to the Bath V.A.M.C. Att: Volunteer Services, 76 Veterans Way, Bath, NY 14810. Fagan's Funeral Home in charge of arrangements.