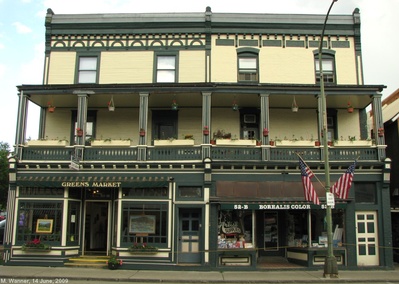 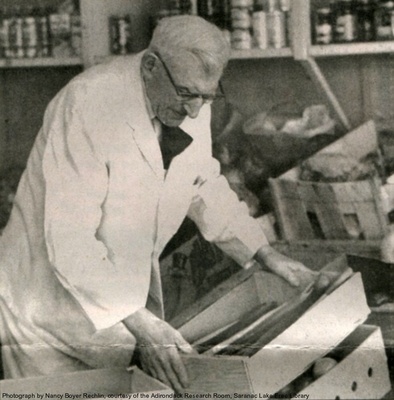 A grocery store operated by Charlie Green for more than sixty years, it closed in the mid-1980s. The store was such a beloved institution in the village, that when Green announced in 1982 that he was thinking of retiring, so many of his patrons protested that he changed his plans; he continued working until illness forced him to stop, shortly before his death.

Jack "Legs" Diamond once visited the store with his showgirl mistress who was flamboyantly dressed in an ermine coat.

. . . Bruce and Barbara Darring, the entrepreneurs who developed National Door, also rehabilitated the former Green's Grocery Store in Saranac Lake. The grocery store was open for a summer after being refurbished and then closed.