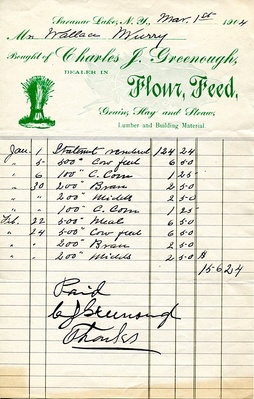 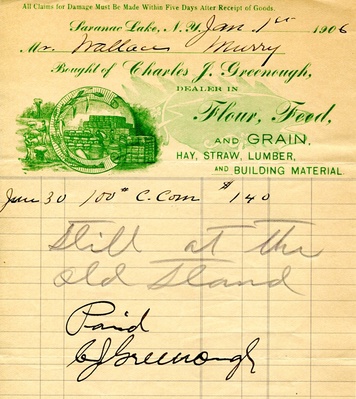 Greenough's Livery was operated by Charles Greenough in the 1890s, near the Hotel Ampersand. He also sold flour, feed, grain and hay, and lumber and building materials.

It is reported from Saranac Lake that Joseph Lebou was "held up"' and robbed of $184 and his watch, and severely beaten by two masked men.

Lebou, who is employed in Greenough's livery at the Ampersand, was out Tuesday collecting, and secured $184. With this money he started from the village in the evening and when about half way to the hotel was set upon by two masked men and severely beaten, and his money and his watch taken from him. He has no idea who the men were, but it is thought that the robbers shadowed Lebou during the day, and followed him with the result described.