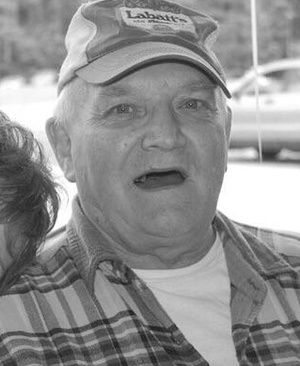 Harlan F. Branch, known as Harney, was a lifelong resident of the Saranac Lake area. He worked as a welder and pipe fitter and on air-conditioning repair.  He was a Korean War veteran having served in the United States Army from 1949 to 1953. In his retirement, he worked as a caretaker at the Union Depot for Historic Saranac Lake for several years.  His obituary appeared in the Adirondack Daily Enterprise on February 22, 2017.

“Sorrow comes in great waves … but it rolls over us, and though it may almost smother us it passes and we remain.” — Henry James

Harlan was a lifelong resident of the Saranac Lake area and had worked as a welder-pipe fitter for various companies over the years including working with Earl LaValley and Betchal Corporation at the missile sites. Harlan also learned and worked on air-conditioning repair. He later worked in Albany and elsewhere until retiring in 1970. Harlan is a veteran of the United States Army serving during the Korean War from 1949 to 1953.

A man as humble and loving as he will always be remembered by those of us who knew him and loved him. Although we will miss him, his smile, his pranks, his love, we take consolation in the good feelings of our memories.

He always said that his grandchildren kept him young at heart. He was a great teacher to have, not only for us, but also for everybody. He was selfless and kind. He loved helping to raise his closest grandchildren, it was his calling in life.

He was a role model, and a friend. His guidance and love will carry us through to the end of our days.

He was preceded in death by his father and mother; two sisters: Mary Branch Miller and Rose M. Glover; and six brothers: Roland, Richard, Marshall, Donald, Joseph and George.

Funeral arrangements are in care of the Fortune-Keough Funeral Home in Saranac Lake.

At the request of Harlan, there will be no services.

Friends wishing to remember Harlan F. Branch may make memorial contributions to Saranac Lake Youth Center in care of the funeral home. Family and friends can also share their memories and sign the online guestbook at fortunekeoughfuneralhome.com.