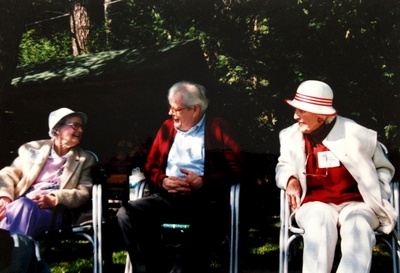 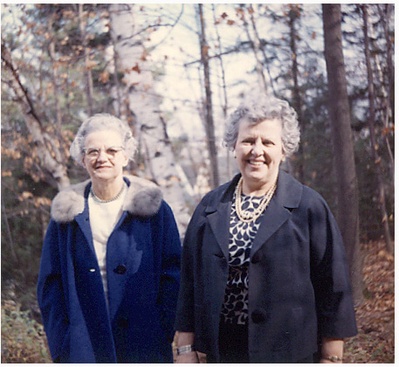 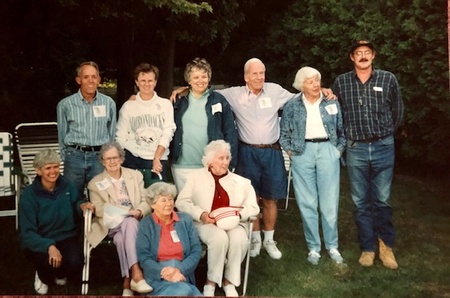 She became Ridenour's assistant and the Enterprise business agent, doing bookkeeping and managing accounts. Later her sister Emily also came to work at the Enterprise.

According to Finnegan, Ridenour was well-respected by his employees. "I admired Mr. Ridenour very much. He was a stern man and very bright — I respected him," she said recently.

She made up bills and delivered them to advertisers. She said Ridenour watched his credit and kept very close track of his accounts, taking a personal interest in his advertisers. As a result, she said, Ridenour had very few bad debts.

"He was all business," she recalled.

Job printing was an important business for the Enterprise during her years with the company, Finnegan said, remembering the men who worked in the press room printing all manner of letterheads and books. The Enterprise came out twice a week, and then later three times each week, she said, before a big fire destroyed the old Town Hall where the printing presses were located.

The Enterprise occupied the whole basement of the Town Hall and part of the first floor, and nearly everything in the building was lost to the July 1926 blaze, she recalled.

"After the fire Mr. Ridenour had me climb inside the building to get the books and policies out of the safe," because she was small enough to slip into one of the windows, Finnegan said.

Ridenour had planned on making the Enterprise a daily in the future, but the fire accelerated those plans, she said. Ridenour made interim arrangements to print the paper in Malone right after the fire, and the Enterprise may have only missed one issue as a result of the blaze, she remembered. Ridenour moved the Enterprise to 72 Main Street. In the back of the building the new presses were set up and the Enterprise became one of the smallest daily papers in New York.

She married Elmer Finnegan in 1937. She remembered getting married very early in the morning because the couple was anxious to start their honeymoon trip. Many friends from the Enterprise attended.

Finnegan worked at the Enterprise for 21 years before taking over her late husband's shoe and clothing business. She said a staff of 16 to 20, including three reporters, turned out a six-to-eight-page paper Monday through Saturday. The Enterprise subscribed to the United Press and Associated Press news services and carried local and national advertising, she remembered.

"Mr. Ridenour didn't allow any superlatives in the advertising — they couldn't say 'the best' or anything like that."

Saranac Lake had a lively social scene in the 1920s and 1930s, she recalled, and the paper carried many column inches of local news and personals about who came to town.

"He believed in getting as many names as possible in the paper, for circulation purposes," she recalled.

Finnegan said she did several jobs at the paper, including proofreading the ads. Ridenour himself remembered her work in a memoir he wrote for an anniversary issue in 1976 celebrating the Enterprise's 50th year as a daily paper.

"Like all of the top brass she doubled on several jobs — cashier, bookkeeper and sometimes managed the carrier boys in the absence of the circulation manager, or did counter work in the absence of the classified advertising manager," Ridenour wrote. His wife took over Finnegan's job when she left the Enterprise in 1940.

Finnegan said she still reads the Enterprise and observed that Tupper Lake and Lake Placid get a lot more coverage than they used to. She suggested that the paper devote more space to local coverage and said the staff could benefit from the presence of older folks who know the history of the area.

Finnegan was also the treasurer of the Saranac Lake Area Chamber of Commerce for 20 years. She recalled Ridenour's attitude about business: "Never, give away what you have to sell."

Mrs. Finnegan had been a resident of Saranac Lake for the past 80 years, and was a graduate of the Saranac Lake High School. She was employed by the Adirondack Daily Enterprise from 1917 to 1937. On May 8, 1937, she married Elmer Finnegan in St. Bernard's Church. He died in 1945.

Calling hours and a Bible vigil were held Sunday at the Fortune-Keough Funeral Home. A Mass of Christian burial was to be held at 9 a.m. today, followed by interment at St. Bernard's Cemetery.

Memorial contributions may be made to the St. Bernard's School in care of the funeral home.