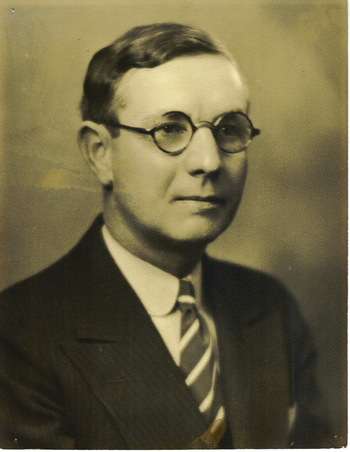 Harry Leonard Fridman Sr. came to Saranac Lake to cure from the Cincinnati area in 1901. He and his family lived at 8 River Street in 1915 and 19 Riverside Drive in 1930 (per the census). His wife Bessie owned the Marinello Beauty Shop. He lived at the Potter Block at 81 Broadway in 1965. He died in a nursing home in Massena in 1973, and was buried in an unmarked grave in Pine Ridge Cemetery. For reasons unknown, he was buried in the same plot as Dr. and Mrs. Edward Pfarre. They may have been family friends, as both the Fridmans and the Pfarres lived on Academy Street at one point.

An undated newspaper clipping about his son, Harry L. Fridman, Jr., and his World War II service indicates that Harry Sr. was living at Trudeau Sanatorium at that time.

Harry Fridman, of 81 Broadway, Saranac Lake is celebrating his 89th birthday today. He has been a resident of Saranac Lake since Aug. 15, 1901. He was admitted to the Adirondack Cottage Sanatorium on Dec. 24 of that year and was discharged as cured on Nov. 12, 1902.

Information provided by his great-granddaughter, Nannette Fridman Postel in 2021.