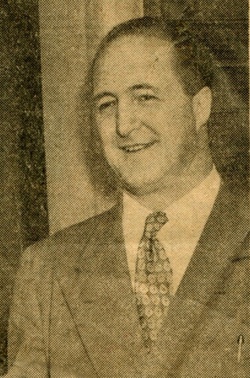 "Sam Sebo, AU-American fullback at Syracuse was here as a patient with TB. He saw me play at high school, "Red said, "and thought I'd be great for coach Andy Kerr at Colgate."