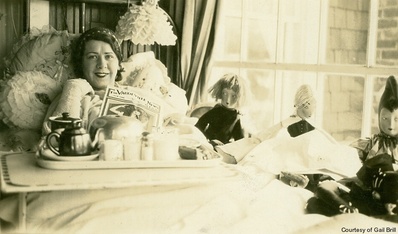 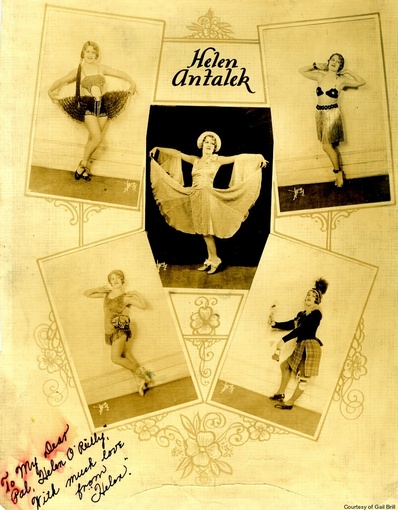 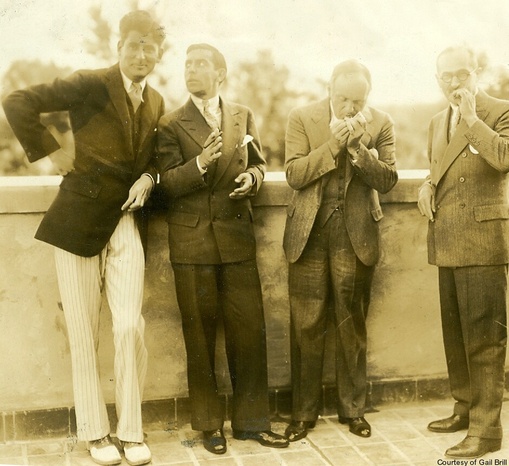 Helen O'Reilly Miller was a Broadway show girl who cured at Will Rogers. She stayed in Saranac Lake, married Loren Miller, lived at 32 Church Street and operated the Hollywood Dress Shop from 1932 to 1954, and the Melody Bar and Grill on Woodruff Street, which she opened in 1944.

Mrs. Isabelle Miller and her daughter, Ruth, retired, are now living at the Hotel Berkeley. Mrs. Miller and her family lived at one time at 15 Riverside Drive where she conducted a cure cottage. She had been there about 38 years when she moved to Rochester where she lived for about 16 years. She also lived in Tonawanda for three years. Since leaving here, Mrs. Miller has done considerable traveling, Puerto Rico being one of the most enjoyable places visited.

Mr. and Mrs. Loren Miller of 32 Church St. are the son and daughter-in-law of Mrs. Miller.

She was born in Brooklyn, a daughter of Joseph and Evelyn O'Reilly.

She is survived by her husband, Loren, whom she married in July 1950.

Mrs. Miller was a Broadway dancer and had toured the world in a dance troupe headed by Madame Pavlova.

She was stricken with tuberculosis in Japan and came to Saranac Lake to cure in the 1920s.

She cured at the National Variety Artists Sanatorium.1  On regaining her health, she opened the Hollywood Dress Shop, which she operated from 1932 to 1954.

In 1944, she opened the Melody Bar and Grill on Woodruff Street, which she later sold.

She was a member of the General Hospital Auxiliary, the Village Improvement Society and the Friends of the Saranac Lake Free Library.

She was known for her decorating talent for civic affairs, weddings and senior teas.

A Mass of Christian Burial will be said at 10 a.m. Saturday at St. Bernard's Church, with the Rev. Timothy Chambers officiating.

From an advertisement for an estate sale at 32 Church Street:

The late Mrs. Loren Miller was an actress in the 1920's and 1930's in China and Japan. She traveled throughout these countries and collected Oriental Antiques and Art. She loved the pieces that she collected and we are pleased to have been chosen to sell at Public Auction, this entire important collection at a strictly unreserved auction. There are no additions to this estate sale and Mr. Loren Miller will reside at another location in Saranac Lake after said auction. This beautiful home and real estate will be placed on the open market for sale after the conclusion of the auction. The home is centrally located and has been maintained to perfection over the last 30 years by Mr. Miller. Please plan to attend a quality full day auction with quality items not listed.