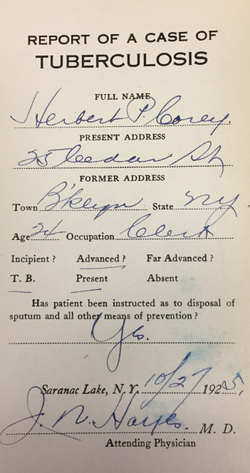 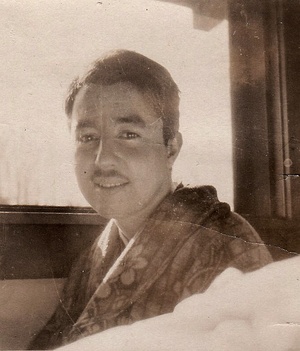 Herbert P. Corey was a TB patient in Saranac Lake. He was living on the first floor of 79 Schaeffer St. (a three story brownstone shared with his parents and brothers) in Brooklyn with his wife and two children in 1925 when he was diagnosed with tuberculosis and came to Saranac Lake for the cure. He was treated by Dr. Hayes, and stayed at 25 Cedar St. and 57 Bloomingdale Ave. His brother Vincent Corey also came to Saranac Lake to cure sometime around 1923. Herbert died of a heart attack in 1933.