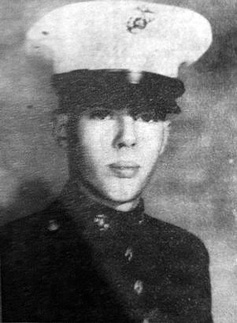 Howard Robert Paquin was a Vietnam War Veteran from Gabriels who was killed in action.  He is buried in Mountain View Cemetery.

Mr. and Mrs. Robert H. Paquin, of Gabriels, were notified Sunday morning of the death of their son f Lance Cpl. Howard R. Paquin, 18, in Quang Nam Province in Vietnam. He was killed Friday by hostile rifle fire while on a search and clear mission.

L/Cpl. Paquin was serving with the Headquarters and Service Company, Third Battalion, 26th Marines, Third Division. He was born in Saranac Lake on Sept. 19, 1950, and had attended Saranac Lake High School before joining the Marines.

His body will be brought home for the funeral service and interment in about ten days.