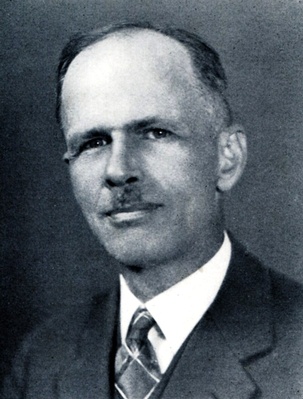 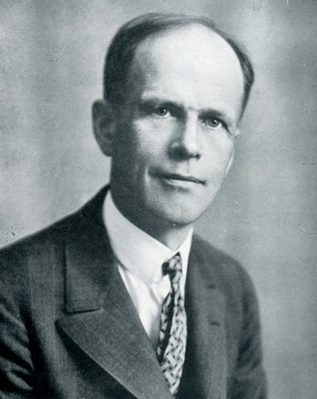 He was the son of the Reverend Jacob H. Littell of the Methodist Episcopal Church. He graduated from Wesleyan University in 1902 with a Bachelor of Arts degree.

In 1905 he married Bessie E. Wilcox of Utica. They had two children who died in childhood. He served as principal of schools in Otego and Mohawk.

On his arrival, he called for an increase of salaries for teachers in keeping with the standard of living of the village. Soon, better-qualified teachers came to teach in the old, overcrowded school, and more modern equipment was added. He created a school of home economics that occupied the entire third floor of the Kennedy building on the corner of Academy and Main streets. He obtained a federal grant to initiate an open-air school for tubercular children (Fresh Air School), which was housed in a building behind the River Street School.

In 1917 Littell left to serve in the US Army in France in World War I. On his return he resumed work as superintendent of schools.

It was clear to that a new school was necessary. Littell worked with the school board members, architects and builders to create a new school, the Petrova School.

He was a member of the Methodist Church and a charter member of the Rotary club. He helped to form the Crafts Guild (Saranac Lake Study and Craft Guild), which served the village's tubercular patient's rehabilitation, and he was involved in the founding of Paul Smith's College.

He retired in 1947 in poor health and moved to Tucson, Arizona, where he lived until his death in 1953 just short of his 70th birthday. He is buried with his wife in Utica. The library of the Petrova School is named in his memory.

— Excerpted from a story by Christian Sporck, Jr. in the Adirondack Daily Enterprise, June 21, 2001