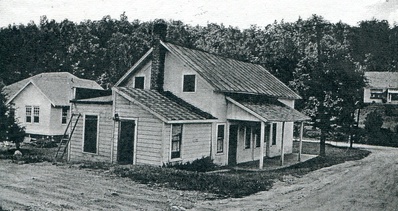 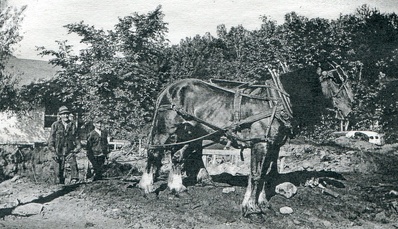 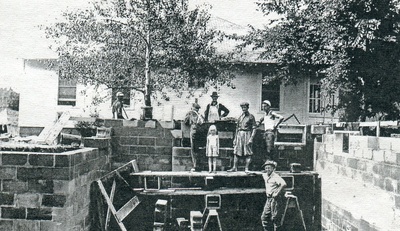 The caption reads "1936 - Betters Family." The new basement for the house. Courtesy of Pat Datolla.

The caption reads "1936 - Orville Betters." The house is being prepared for a move across the road. Courtesy of Pat Datolla. 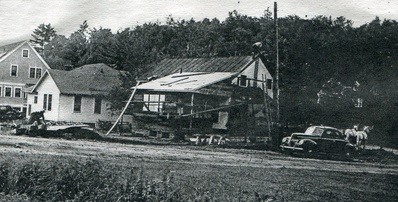 The caption reads "1936." Preparing for the move. Courtesy of Pat Datolla. 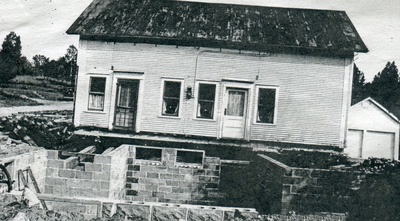 The caption reads "1936." The house is ready for the move. Courtesy of Pat Datolla. 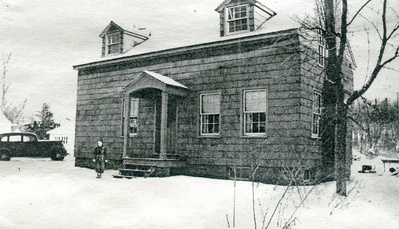 The caption reads "1937." After the move. Courtesy of Pat Datolla. 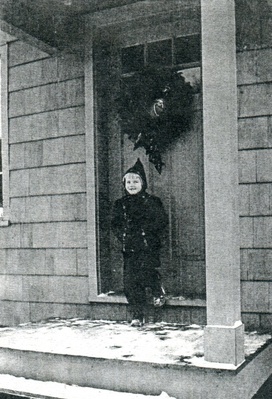 Howling Dog Farm on Kiwassa Road was operated by Felix Leser. In 1964 it was the home of Dr. Clayton Steward and Dr. Dorothy Steward.

Felix Lesser, owner of the Howling Dog farm at Saranac Lake, recently opened as an animal display, has invited the 16 members of the Fresh Air group now in Lake Placid to visit his north country zoo from 2 to 5 p. m. on Friday. The group will join the fresh air children of Saranac Lake while viewing the animals.

The first brood of peacocks believed to have been born in Saranac Lake put in their appearance at the Howling Dog farm of Felix Leser of this village. The new brood included four pure whites, considered quite rare, and a blue one. The parents of the birds were from India. 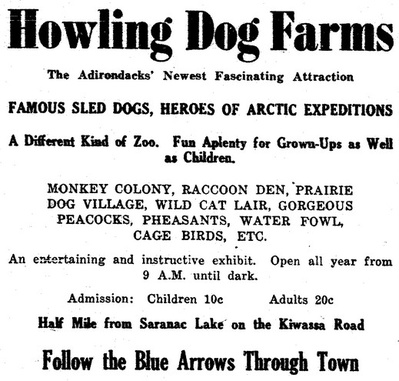 Lake Placid News, August 29 1941The fluorine war in Saranac Lake, if such there is, has taken an unexpected turn according to a phone call to the Enterprise this morning.

Art Rushlaw reported that the spring on the Kiwassa Road between the old Howling Dog Farm (now the home of Dr. Clayton Steward) and the turnoff to the private camps on the Lake was been tampered with. The pipe allegedly was pulled from the bank and foe flow disrupted.

Efforts to put the pipe back into place were not successful in re-establishing the supply. Many of the village citizens who had been using the spring since the injection of fluorine into the local water source are incensed at the deed.

Occasionally springs are lost by such action when the natural course reverts to older channels.