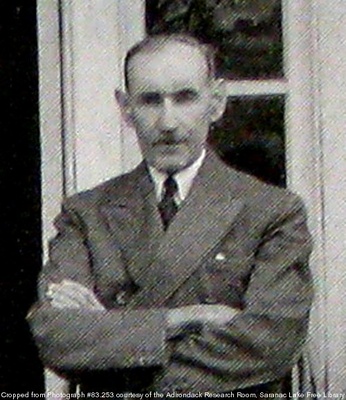 Hugh McLennan Kinghorn, M.D. was known as a staunch supporter of absolute bedrest. He lived and had offices at 14 Church Street.

In 1894-96, he was intern and then medical superintendent at the Montreal General Hospital. He developed pulmonary tuberculosis and was treated at Saranac Lake by Dr. E. L. Trudeau from July 1896 to June 1897. He then worked at the Trudeau Sanatorium until the next November, when he began his own practice in Saranac Lake. Dr. Kinghorn was one of the Canadians instrumental in founding the Laurentian Sanatorium in St. Agathe, Quebec, now a Sister City of Saranac Lake.

As a member or members, Hugh M. Kinghorn and his wife, Helen, were named in the sale of Pontiac Club property to the Saranac Lake Boys' Club, Inc., in 1917. 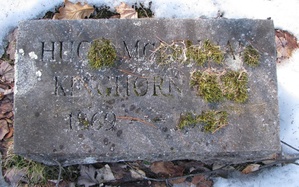 Dr. Hugh McLennan Kinghorn, one of Saranac Lake's great medical men, died last night at the age of 87. He would have been 88 on Saturday. . . . [He] had worked closely with Dr. E. L. Trudeau on tuberculosis research and later with Dr. Edward Baldwin. Born Kingston, Ontario, November 9, 1869, of Scots descent. His father was in the hay and grain business. He attended McGill University, where he played hockey and in 1894 earned M.D.  and Master of Surgery degrees. He was Presbyterian and is buried in Pine Ridge Cemetery.

1896 became ill with tuberculosis and came to Saranac Lake as a patient of E. L. Trudeau. Kinghorn cured for 2 years and was discharged apparently cured on June 15, 1897.