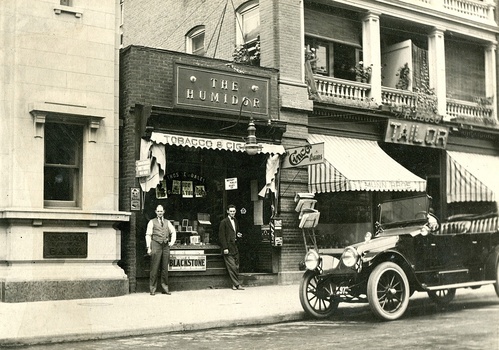 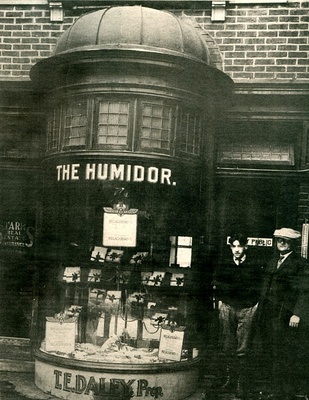 Other names: It became the entry to the HSBC Bank 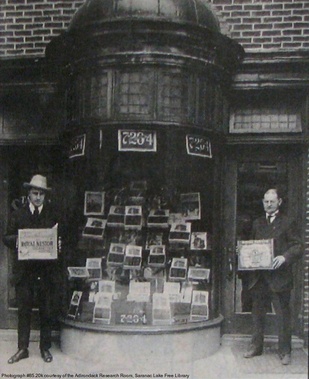 The Humidor, 1911 Village Directory advertisement. Adirondack Daily Enterprise, January 13, 1996 The Humidor was a tobacco store in a small building on this site that first appears on the 1908 Sanborn Map built by Patrick J. Daley. 1 By 1916, it was enlarged to fill the narrow space between the bank and the Fowler Block.

The Humidor, tiny and narrow, stood between Munn Bros., and the old Adirondack National Bank & Trust Co. Tommy Daley's tobacco shop was distinguished not only by the owner's colorful personality, but also by a store front of curved glass, from Belgium. There was big excitement one year when the glass was broken and a replacement—at great expense and long delay—came from abroad. — From the Adirondack Daily Enterprise, November 14, 1969.

It's rumored that the piece of curved glass still exists, in storage in Saranac Lake.

In what appears to be an earlier photograph, the store is shown with a single door on the right and a flat front window with the legend "Thos. E Daley Fine Cigars and Tobaccos." Smaller signs indicate that American Express money orders were sold, and that a notary public for Essex County was available.