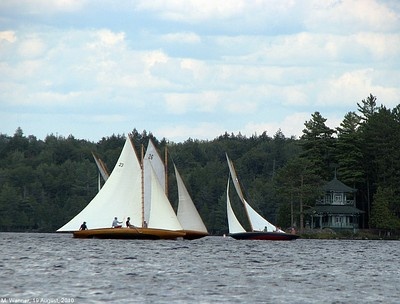 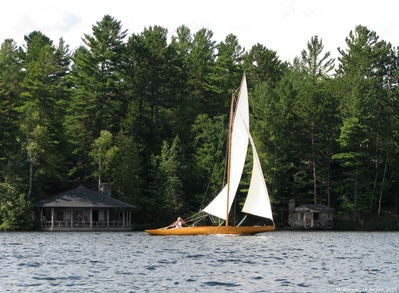 An Idem passes Camp Wild Air The Idem is a 32-foot gaff-rigged racing sloop designed by Clinton Crane in 1899 for the members of the St. Regis Yacht Club; the first seven boats raced in 1900. An even dozen was built by the St. Lawrence Boat Company over the next several years. The cost of the first boats was $750 each. 1 They have been racing annually on Upper St. Regis Lake ever since, the original boats having been restored or rebuilt many times since; some are still being piloted by descendants of the original owners.

Whitelaw Reid's boat, Water Witch, has been on permanent display in the Adirondack Museum since the 1960s. It was originally displayed on a small pond on the museum grounds; it is presently housed in the lobby at the entrance.

In 2004, a new boat was built, the Millennium Falcon, bringing the number of boats racing weekly each summer back to the original dozen. Although the boats are theoretically identical, restoration work has revealed subtle differences from one boat to the next, as the boat-builders sought to improve the design in minor ways.

It is believed to be the oldest one-class racing design that is still sailed in the United States. 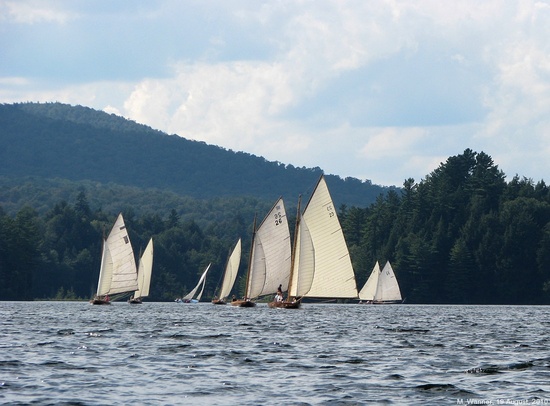 Running before the wind

An Idem heeling in the wind 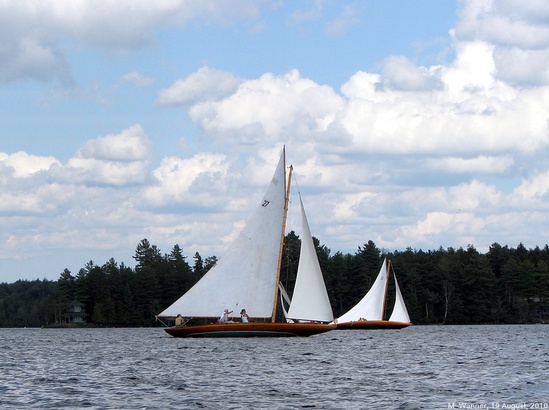 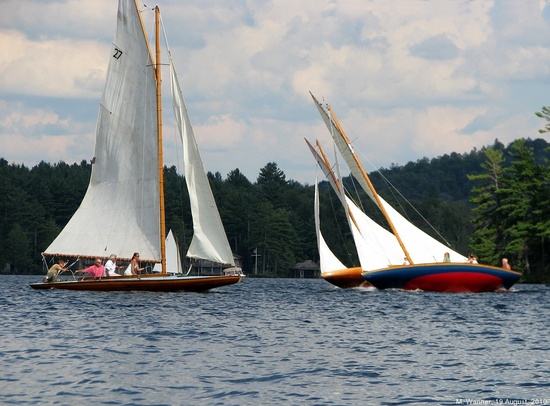