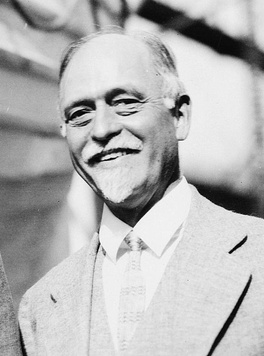 Born in Saugerties, New York, Irving Fisher was a famous economist who cured at the Trudeau Sanatorium. According to Wikipedia, "He was an American economist, statistician, inventor, and Progressive social campaigner. He was one of the earliest American neoclassical economists, though his later work on debt deflation has been embraced by the Post-Keynesian school. Joseph Schumpeter described him as 'the greatest economist the United States has ever produced', an assessment later repeated by James Tobin and Milton Friedman."

In 1895, at age 28, he moved from the mathematics department at Yale to the economics department, and became head of the Department of Political Economy at Yale. In the fall of 1898, a persistent fever was diagnosed as tuberculosis, the ailment that had killed his father. He sought treatment over the course of the next three years at the Trudeau Sanatorium and also Colorado Springs. Fisher would be kept from New Haven and his colleagues for three years.

Colin Read, Chair of the Department of Economics and Finance at SUNY Plattsburgh, wrote in his book, The Life Cyclists: Fisher, Keynes, Modigliani and Friedman, "He would not return to his work at New Haven until 1901, physically cured of tuberculosis but afflicted with a lifelong exaggerated concern regarding his health and mortality. This new personality quirk would have a profound effect on his work, his insights into mortality, and in the way he would devote his energies."

Information provided by Colin Read during a visit to the Saranac Laboratory Museum, August, 2014