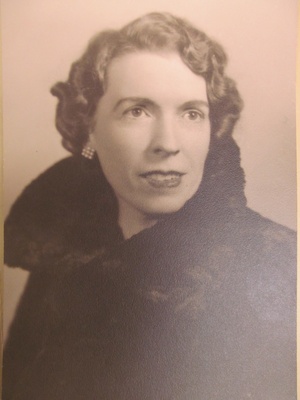 Isabel Smith Malmstrom is the author of Wish I Might, a memoir of her cure in Saranac Lake. She and her husband are buried in St. John's Cemetery in Paul Smiths.

We visited Trudeau the other day. Such visits are a habit with us, something to which we always look forward. Because we, like many other former patients at this beautiful sanatorium, have a great affection for it. And a walk through the grounds has always been a pleasure, bringing back the peace, the joy in life, the hopeful outlook which we experienced during the years we lived there.

This visit was due to be different in certain ways, however. And although we were in part prepared since we knew that Trudeau had closed, we soon discovered that we were far from ready for what we found.

We saw building after building bare, empty, barred and shuttered. Nothing stirred. Not even a car came down the road. That was sad enough—but it was to be expected. What filled our hearts with grief and dismay was the fact that this small community appeared to have lost its meaning. Only the mountains were the same. 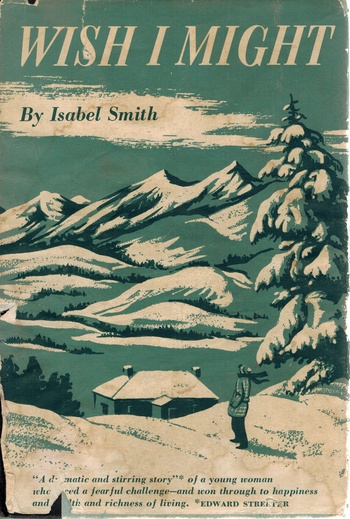 This was not Trudeau. It could not be. Nowhere in the world had life pulsed any more strongly, more determinedly, more stubbornly than in this sanatorium.

Desperately we stared down the empty road, almost begging it to come alive. Then, gradually, a heart-lifting miracle took place. One by one, the memories with which Trudeau abounds began to take on shape and substance. We saw old friends trooping down the sidewalk for their daily "fifteen minutes," heard laughter streaming from the big windows of the workshop; smelled wood burning in the cheery cottage fireplaces. There were Anne and Fritz holding hands in the cousinola; Bob, Jerry and Helen heading for clinic to get their X-ray reports. Tray boys passed us, each with a towel toga-fashion over his shoulder, a white-capped nurse tripped down Ludington Hill on her way to Reid House; and there on the postoffice corner stood three staff doctors, their heads close together in animated conversation.

The broad lawn in front of the Main Building held nothing but snow. But we saw instead a croquet game, part of the annual tournament, being hotly contested with shrieks and boos from the sidelines. Indoors the great rooms were of course deserted. But we could see a long line of hungry people heaping their plates at the counter, and the stag table with Brownie, Tommy and the other sanatorium sparkplugs noisily rapping their knives on glasses to honor a young lady's birthday or to celebrate a former bed patient's first trip to the dining room.

Nina, the current "queen of the campus" was ensconced in the living room listening to the pleas of a red-haired boy. "Sure you can get a movie pass," he was insisting. "I'll ask the doctor myself."

Four bridge fiends were arguing in one lamplit corner. Esther was knitting a sock in another. While out in the cloakroom the early-to-bedders were tucking their evening haul of mail into their pockets, gathering up their library books and heading arm in arm for Penfold, Richardson, Anderson and the other cottages.

Outside once more, we turned toward the infirmary, of all Trudeau's familiar places, the most like home to us. Slowly we climbed up and around the curve of the hill. And there stood Ludington— silent—dark—its big windows blinded by boards. Ludington, where for years the flame of life had persisted, had burned even more brilliantly, no matter what the odds. We wanted to run away from the sight. But we had to get our breath. And we were reminded that not so long ago, walking up Ludington Hill, ANY hill, had been for us only a wishful dream.

That turned the trick. Again the miracle took place. Light began to gleam down Ludington's long reach, the porches filled with beds. A hand waved to us from Ludington Hall and a well-known voice called down "Hi!" We glimpsed Miss Mundie bustling past a window with a plant in her hands, heard the rattle of dishes from the kitchen and sniffed the clean odor of green soap drifting from the utility room.

The long central corridor of Ludington upstairs and down was as usual criss-crossed with the topics &. the infirmary day:

"I gained two pounds this morning."

"The doc said to wait six weeks and then have another X-ray."

'"I'll bet I've eaten a barrel of those stewed cherries."

We grinned. We knew those cherries well.

Temperatures were being charted in the office; radios were playing softly from room to room: the elevator doors were banging with their usual shattering crash. In #216 Phyllis was sitting up in bed saddle-stitching a wallet; Martha was working on a cross-word puzzle in 225; Paul reading a whodunit in 309; and Gordon in 318 concentrating upon a letter to his wife.

We walked on after that, leaving Ludington and its memories behind. But our blues had disappeared. We felt instead wonderfully happy. Almost every one of those sick people we had been seeing and hearing in Trudeau's yesterdays is well today, living an active and useful life!

In reply to the letter written by my friend and fellow-ADKer Tom Cantwell criticizing the statement made recently by the Adirondack Mountain Club with regard to the proposed route of the Northway and objecting to other Club recommendations in general I wish to offer another ADKer's point of view for your readers' consideration.

The conservation policy of the Adirondack Mountain Club states that "We, the Adirondack Mountain Club, believe that the land of the State constituting the Forest Preserve should be forever kept as wild lands in accordance with Article XIV, Section 1 of the New York State Constitution. We favor a program under the sole administrative jurisdiction of the New York State Conservation Department that will provide the people of the State with ample facilities for outdoor recreation in a manner consistent with the wild forest character of the region. We favor acquisition of additional forest lands for watershed and wildlife protection and for increasing recreational needs. We will support all measures consistent with this policy, and we will oppose all that are contrary thereto."

Since the officers of this organization are elected by the members (many of whom, by the way, reside and make their living in the Adirondack area) I think it is safe to say that their public statements reflect the opinion of the majority of those who have cast a vote. That the dissenters can also speak out loud and clear is a fact amply demonstrated not only by Tom's letter but by the variety of opinions quoted in the Club's publication "Ad-i-ron-dac."

It seems to me that the real danger to the Adirondack Wilderness lies not in the comparative handful of persons who care enough to study the problems' presented and voice their opinions— let the chips fall where they may! — but in the thousands of New York State voters who do not know what the Adirondack Wilderness is, much less what it means. I'll venture to say that even here in Saranac Lake with the Adirondack forest on all sides, not every person over 21 knows at first hand the joys the Preserve offers or the headaches its protection presents.

Whether or not the recommendations and criticisms offered by the ADK are such that we can all, inside or outside the Club, agree, I believe that they help to inform the voters of all the facts concerning Forest Preserve issues. They also serve as bait to draw forth other opinions pro and con. And I know that they have more than once played a major part in preventing destruction of a part of this valuable area, as in the case of the Panther Mt. Dam.

“The three phases of TB treatment,” from Dr. Francis Berger Trudeau’s Preface to his patient Isabel Smith’s memoir, Wish I Might, February 12, 1955:

What a wonderful surprise to find this......wish the book would be reprinted.