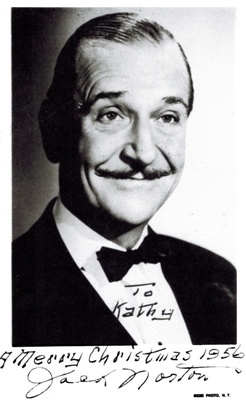 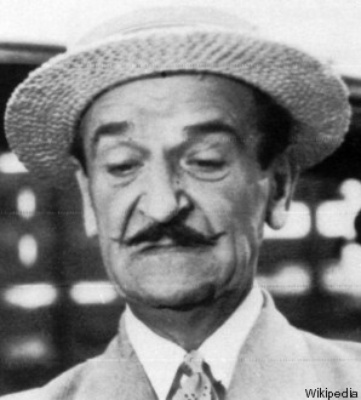 Chiefly known for: "Jack Norton" was the stage name of Mortimer J. Naughton, who was well-known for his comic "drunk" act; he was a teetotaler, who improved his work by following genuine drunks around, picking up behavioral tips. He worked with stars such as Betty Grable, Ginger Rogers, Jackie Gleason and Preston Sturges, appearing in 184 films between 1934 and 1948.

He was named in an undated manuscript list of 18 of the better known people who were patients at Will Rogers Hospital over the years.

He earned cinematic fame as a comic drunk despite being a teetotaller. Norton entered films in 1934 often playing stone-cold sober characters as well. The Jack Norton which audiences loved was first seen in "Cockeyed Cavaliers" (1934). Norton would actually follow a drunk for blocks, memorizing each movement in order to perfect his character. He played sober roles in "You Belong to Me" (1940), "The Fleet's In" (1941), "Sin of Harold Diddlebock" (1946), "The Awful Tooth" (1938), "Heather and Yon" (1944) and the Three Stooges' "Rhythm and Weep" (1946). He retired from films in 1948 due to illness.

Jack Norton, Comedian, Is Dead at 69;

SARANAC LAKE, N. Y.,Oct. 15 (AP) — Jack Norton, the "lovable drunk" in many oldtime vaudeville shows, died today of a respiratory ailment at the Will Rogers Hospital. He was 69 years old.

Mr. Norton, whose real name was Mortimer J. Naughton, entered show business when he was 16. In top hat, tails and mustache and hanging on to a lamppost, the comedian played the drunk in such shows as "The Ziegfeld Follies," "Earl Carroll's Vanities" "Five O'clock Girl," "Flo-Flo" and "The Florida Girl." In recent years, he had worked in television and movies.

He is survived by his widow, Lucille.

Mr. Norton was so widely known for his screen characterization of plain-and-fancy inebriates that he was recognized in real life by moviegoers from central Africa to China.

He was born in Brooklyn and started working in cabarets there. He did a song in which were the lines "There'll come a night when you'll get tight-- then follow the car tracks home."

Altogether, he appeared in some 200 films, but finally revolted against the lines he often was obliged to say as a bibulous journalist. They usually went: "Gimme the city desk. Hello, Monaghan speaking. Lissen, you old buzzard, hold Page One. * * *."

Mr. Norton said he had discovered that no reporter ever talked like that to a city editor. He also got heartily sick of the concoction he was obliged to drink as stage highballs, It was ginger ale spiked with bicarbonate of soda.