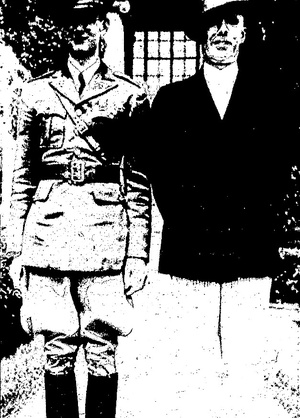 He was born to the late John and Marie Phillips on April 28, 1917, in New York City. He married Alice Ward in Brighton, Massachusetts on July 7, 1951.

Jack studied chemical engineering at MIT and business administration at Harvard, and achieved multiple academic degrees, SB ’38, SM ’40, MBA ’51. He was an emeritus member of both the American Chemical Society and Sigma Xi.

Jack served as an officer in the Army Air Corps during World War II. He retired from military service as a major, USAR. He also worked for the National Space Administration and then with NASA. He was associated with the Mercury, Gemini, and Apollo programs.

He is survived by his sons: John, Andrew and Joseph; and grandchildren Eric, Nicholas, Zachary and Ryan. He had friendships, too numerous and widespread to mention. He was loved by many and will be missed.

Funeral arrangements are in care of the Fortune-Keough Funeral Home in Saranac Lake. A graveside funeral service will be held at 10 a.m. Saturday, Sept. 6 at St. Bernard’s Cemetery in Saranac Lake.