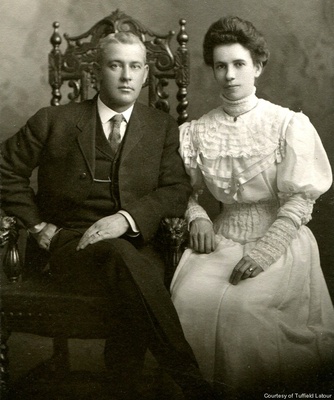 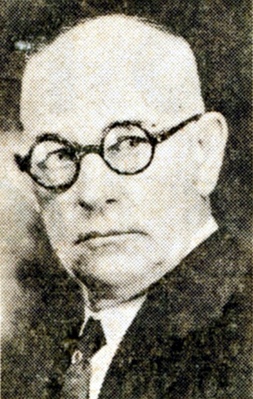 James Alvin Latour was a prominent businessman and politician in Saranac Lake, the owner of James A. Latour & Company. He served as a member of the New York General Assembly. Born in Harrietstown, New York, he was the son of Tuffield Latour.

He was educated in Saranac Lake schools and graduated from Ohio Northern University and Eastman Business College. In 1891 he joined his father’s livery in Saranac Lake, becoming a partner ten years later. The livery business was sold in 1912, and Mr. Latour later managed a coal and feed business. He also joined the automobile dealership of Thomas L. Haggerty & Company, of Malone; he also worked with the Good Gas Company of Plattsburgh, New York, which operated service stations throughout Northern New York.

A Republican, he was elected supervisor of Harrietstown in 1909. He resigned after seven years to accept the nomination for county treasurer, and was elected to that office in 1916. As a member or members, James A. Latour and his wife, Gertrude Latour, were named in the sale of Pontiac Club property to the Saranac Lake Boys' Club, Inc., in 1917. In 1921, he was appointed postmaster of Saranac Lake, and in 1929 he was elected to the General Assembly.

On May 12, 1923 he bought the 25-acre Lake Colby Dairy and Produce Farm from John Tierney for $12,000. In 1961, the Latour family donated the land, to the newly formed Adirondack Medical Center, reserving the house, barn, and the land on which they stood. 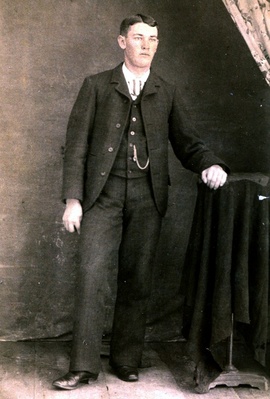 Saranac Lake, Feb. 5.—Town and county Republican leaders and community heads in this village and town will gather Wednesday morning to pay respects to former Assemblyman James A. Latour, veteran county, town and village official who died yesterday at 10:30 A.M., after a short illness.

Funeral will take place from his late home, at 185 Broadway and at St. Bernard's Church where the Rt. Rev. Monsignor Clarence A. Kitts will officiate.

Mr. Latour was stricken with a heart attack Saturday night. His condition grew worse early yesterday, and he died at 10:30. Mr. Latour was a native of this village, son of Tuffield A. Latour, Adirondack stage coach driver whose name is familiar throughout the last century of Northern New York history. Mr. Latour followed in the footsteps of his father in driving stage but they both gave up the business when the arrival of the railroad made the stage coach obsolete.

Father and son then entered the livery business that developed into the present company of James A. Latour & Company, distributors of ice, coal, wood and oil. The company moved into its present quarters in 1905.

When he was 21 years old James Latour entered politics. A staunch Republican, he was elected tax collector of Harrietstown soon after his first vote. From that position he advanced to that of supervisor of Harrietstown and from there to Franklin County treasurer. In 1924 he was appointed postmaster of Saranac Lake and he held the post until he resigned in 1929 to run for the assembly. Mr. Latour passed six years in the assembly.

He retired from the assembly and from politics in 1936 but he still retained an active interest in the local political organization and his power in Republican ranks was recognized until his death.

Mr. Latour was married twice. His first wife was Melvina Yelle, to whom he was married in 1892. She died in 1904. Two children were born to the marriage, one of whom survives, Leon Latour or this village. In 1920 Mr. Latour married Gertrude Rafferty of Malone. She died March 30, 1938. Surviving in addition to his son, Leon, are two sons and a daughter from the second marriage. They are Pvt. George A. Latour now in Italy, Sgt. Tuffield A. Latour, in the Pacific with the Marines, and Mrs Raymond Ryan, of Red Bank, N. J., and four grandchildren, Mrs. Catherine Sturdy, of Mobile, Ala., James Latour in the Pacific, on duty Barbara Latour of this village and Patrick Latour of this village. Mr. Latour was a member of the Saranac Lake Lodge of Elks and the Saranac Lake Council, Knights of Columbus. 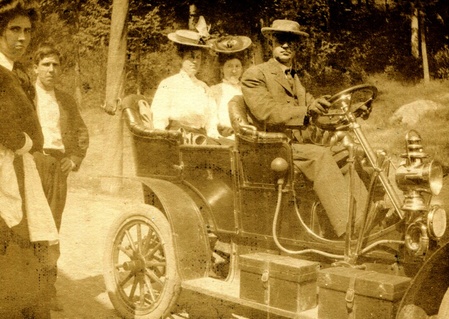 James A. Latour at the wheel, Mrs. Latour, the former Gertrude Rafferty, and her sister, Elizabeth, wife of Mark Monoghan, Malone postmaster, in rear seat. 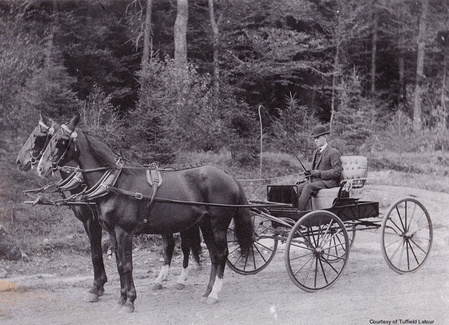 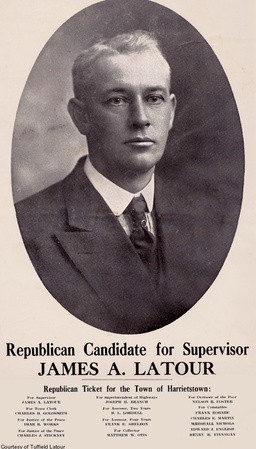 SARANAC LAKE.—Tuffield Latour, father of James A. Latour, former assemblyman and Republican leader of this village, was the owner of the first automobile in Saranac Lake. It was in that car, a highback Franklin that required a strong armed man to crank, that young Jim Latour back in 1907 courted Gertrude Rafferty of Malone who in 1908 became Mrs. Latour.

The trials and tribulations of an early car driver are vividly recollected and recounted by Jim Latour.

"They had plenty of speed for those days" Jim says, "If anyone was crazy enough they could get 35 to 40 miles an hour out of the car. But what a time the passengers would have. It wasn't so hard on the driver, he could hang on to the wheel but the passengers in the back seat had nothing to hang on to and if you wanted to keep your human cargo intact for a long drive of five or 10 miles you had to go pretty slowly.

The old dirt roads, Jim said, were full of holes, ruts and elevations. A car would jounce and bounce along at five to 10 miles an hour. They were good cars, tho, the former assemblyman relates, and they took the bouncing and jouncing better than a machine of today.

"We had the Franklin for two years and in that short space of time the industry had traveled ahead pretty rapidly and the new cars were highly improved" he said.

Latour recalls when the old Franklin was delivered to his father in this village, it was accompanied by a man from the factory who acted as an instructor to the person wishing to learn to drive. Jim was the oldest son so the job of chauffeur fell to him. He claims it took him only three or four days to become proficient in driving and his first long trip, was to Malone where he went to call on Gertrude Rafferty.

The trip took four or five hours. The machine had to be brought to a halt every three or four hundred feet as approaching teams would shy at the new fangled contraption, so badly that the lives of the carriage riders would be endangered.

Leaving the Latour home on Broadway on a Sunday afternoon was a signal for all the youngsters in the neighborhood and quite a few of the adults too, to gather around the machine to watch the take off. Sometimes it was quite a time before the machine, shaking and sputtering, finally got under way. The early blowouts were something to remember, Jim says. It meant long hard work. The pump had to be manned after the tire was taken off the wheel, which in itself was no easy job. Then getting the tire back on the rim was something again.

A motorist rarely lacked assistance even in those days, altho the help was more unskilled than the driver of the car no matter how green or raw in the mechanics of tire changing he might be. However since strength of back was the greatest requisite in that task the assistance of passing drivers was usually welcome. Jim has never been without a car since 1907 but he never forgets those days in the old Franklin. 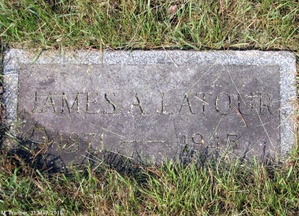 In the Adirondack Enterprise for June 21, 1906: A Most Notable Automobile Trip.

"J. A. Latour and N. S. Shelly of Saranac Lake accompanied by Mr. Turner a representative of C. H. Childs and company of Utica, have completed one of the most interesting automobile trips of the season.

In the Latour Franklin touring car they departed Thursday for Malone and proceeded thence to Bangor, Potsdam, Canton and DeKalb Junction enroute to Utica. They spent the night at DeKalb Junction, having made 110 miles in the actual running time of five and three-quarters hour's. Friday the route was through Gouverneur, Antwerp, Carthage, Lowville, Boonville and Remsen to Utica, a distance of 127 miles which was made in 7 hours. The roads between Saranac Lake and DeKalb Junction were found to be very good while those encountered on the 2nd day's journey were not so favorable to the run. However, automobile tourists who wish to proceed through the Adirondacks to the Mohawk Valley will find the route described feasible and pleasant."

James A. Latour, District Forest Ranger, Supervisor of Harrietstown and Republican county committeeman from here, shot himself through the right foot while hunting in Black Pond swamp Sunday morning. Following the accident, Mr. Latour walked two and a half miles to his automobile, was then brought to Saranac Lake and was treated by Dr. J. C. Russell and Dr. C. C. Trembley. The supervisor stepped up on the root of a tree, placed the muzzle of his 30-30 rifle on the toe of his boot and was watching for game when the weapon discharged. Whether he had unconsciously cocked the rifle or whether the hammer caught on his coat and was pulled back, Mr. Latour does not pretend to explain. In the hunting party with him were W. R. Eaton, Bert Dukett, Gilbert and Wilbur Whitman, Wm. Buckley and Leon Latour. The supervisor lost much blood during the long walk through the woods after the accident, and will be in bed several days. The soft-nosed bullet left a hole in the bottom of his foot as large as a fifty-cent piece. Two small bones below the instep were crushed."—Adirondack Enterprise.