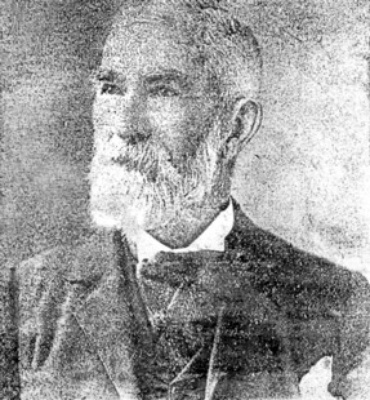 James H. Pierce was a Civil War veteran, having served as Captain of Company C, 118th Regiment. He was also a businessman and a politician, serving as the first village president of Bloomingdale, and as supervisor of the Town of St. Armand from 1855 to 1861, from 1880 to 1882, and again in 1884. 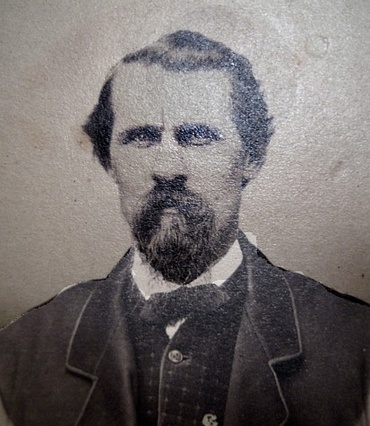 James H. Pierce was one of the early pioneers and was a man of keen judgment and unusual abilities. For a good many years Mr. Pierce made up and led to Republican county conventions the delegates from all of the "south towns" viz., Brighton, Franklin, Harrietstown and sometimes Duane. Often they attended those meetings, without caucuses having been held at all, and with credentials prepared en-route. For several years Mr. Pierce represented Franklin county in the assembly. In 1839 when Boss Tweed, of New York, lacked one vote in that body to pass his city charter he finally obtained it by the payment of $100,000 to O. S. Winans, of Chautauqua county. but the offer had first been made to Mr. Pierce and turned down by him. 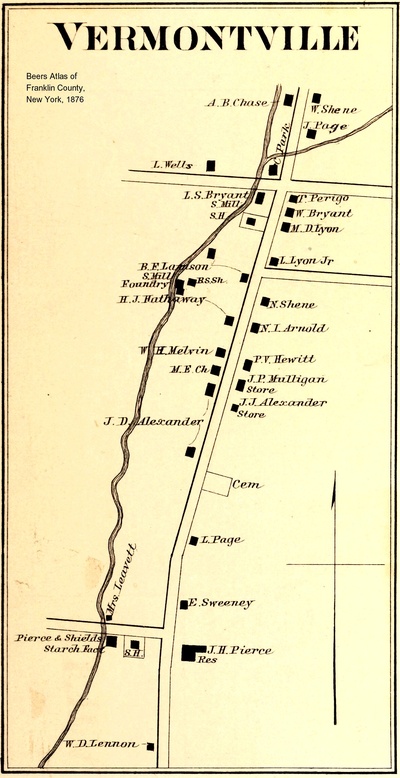 Jack Gillespie left a copy of the Northern New Yorker, the ninth edition, at The Enterprise to be used as material for a few columns about the past. This issue is dated October 28, 1905, is published in Saranac Lake, and the editor was Francis DeWitt.

Almost the entire front page of the tabloid is devoted to Captain James H. Pierce, mayor of Bloomingdale.

The story describes Capt. Pierce as "physically well preserved, whose keen mind today grapples with problems that would dismay many younger men." Capt. was 80 at the time.

Capt. Pierce left home when he was 16, "to care for himself." Mr. Pierce started his "business Life" in Keeseville in William J. Whaling's general store at a salary of fifty dollars a year, an illustration of what wages were paid here sixty years go."

Three years later Pierce was made manager of a business owned by Whaling in Fredericksburg, Va. where he stayed one year, returned to Keeseville and then traveled to Milwaukee and North Wisconsin. The death of a brother-in-law caused his return to New Sweden in Clinton County, where he was born.

In 1851 Capt. Pierce went to Franklin Falls as bookkeeper for the Franklin Falls Lumber Company. "He was there until after the great fire of April, 1852, which completely swept the little settlement at the Falls from the face of the earth."

While he was at the Falls Capt. Pierce and L.B. Dickenson bought Lot No. 101 on which Bloomingdale was later located. The lot was then known as Sumner Forge because Uriah Sumner had built a forge, an English gate saw mill and one small house there in 1820.

"Pierce came to what is now Bloomingdale on May, 2, 1852, riding on horseback from Franklin Falls, and made plans for the building of a grist mill, a Yankee-saw mill, a store where Mulligan's now stands, a new dam, a canal from dam to mills, a wheelwright and blacksmith shop and barns. This great undertaking, the real founding of Bloomingdale was all completed before January, 1853."

The lumber for building was drawn from Keeses Mills. A story is told about Capt. Pierce walking out to meet his teams when the wagons became stuck in mud. He opened a barrel of meat and carried enough back to camp to feed his men.

Pierce and Dickinson did an enormous merchantile and lumbering business and in 1855 built a new forge, dam, coal houses and houses for laborers on the AuSable River above Upper Jay. They started iron mining but a flood in 1856 "swept every vestige of property down the river."

In July 1862 Pierce decided to go to war after two nephews who worked for him Henry Pierce and Martin Lennon enlisted the year before. Lennon was killed at the battle of Cedar Creek, Va.

Within two weeks of his decision to enlist, Capt. Pierce had 100 men form with him in Plattsburgh "without one cent of expense to the government." He was commissioned Captain of Company C, 118th Regiment and served with this outfit until the battle of Drewey's Bluff on May 16, 1864, when he was taken prisoner.

He was sent to Libby Prison, but after two weeks was transferred to Macon, Georgia, and then to Savannah. Traveling from Savannah to Columbia, S.C. the prisoners were halted for the night in Charleston and put into a Negro pen. A Negro pen was used as place for keeping negroes sent to Charleston market to be sold.

The next morning Pierce was found to be blind. He was examined by a surgeon and sent to a hospital which was nothing more than an old tobacco warehouse, 150 feet long with bunks running the entire length with space to drive - through for a mule and cart.

Capt. Pierce lay on his bunk there for fourteen days "without a drop of water touching his burning hands and face." He was suffering from a fever.

Each morning a man would come in and hunt out the dead and the mule and cart would follow; the dead were thrown into the cart and "hauled" out to the dumping ground.

Last week in this space we followed the life of Capt. James Pierce as the founder of Bloomingdale, mayor of Bloomingdale when he was eighty years old and his experiences as a prisoner in the South during the Civil War.

Captain Pierce was released from the hospital with his eyesight restored after temporarily losing his vision and for ever after when telling of these experiences he would praise the work of the Sisters of Mercy as nurses.

The sisters had an ambulance and team in Charleston, S. C. and visited the prisoners and brought them food, clothing and reading matter.

Capt. Pierce returned home December 24, 1864 and purchased a farm in the Town of Franklin and lived there for 12 years. He started a lumber business and in partnership with P. H. Shield, he built a potato starch mill on his farm and manufactured starch for several years.

In 1872 Captain Pierce spent $8000 in assisting to build the St. Armand House in Bloomingdale, "in connection, with James A. Skiff, and at the time of Skiff's death he bought out Skiff's heirs' interest in the house." Five years later he moved from Franklin in "the St. Armand house and lived there until 1887.

Bloomingdale was incorporated in 1905 and Captain Pierce was elected first village president, "the residents taking advantage of the opportunity to honor the man who more than any other living person, has devoted his life to the service of Bloomingdale."

Captain Pierce married Carrie O. Lennon on August 7, 1856 and they had two daughters, Carrie and Alice.