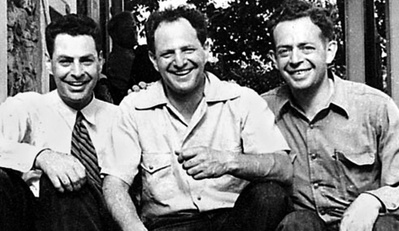 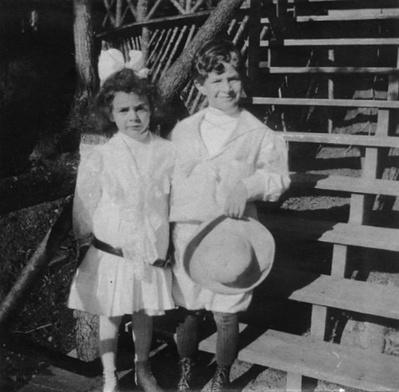 Ruth and James Marshall at the bottom of Cottage Five steps at Knollwood. Courtesy of David Marshall Billikopf 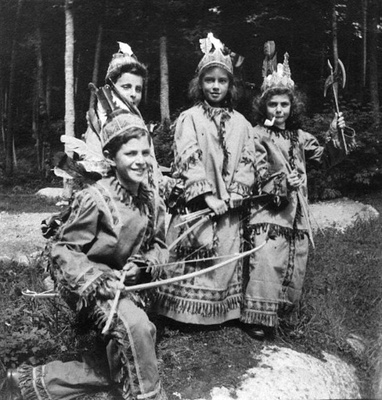 James Marshall was born in New York City Louis and Florence Lowenstein Marshall. Like his father, he pursued a career in law. He studied at the Columbia School of Journalism (1913-1916) and, after a year as second lieutenant in the Army, received the LL.B from Columbia in 1920.

In addition, he lectured in public administration at New York University from 1953-1959, and he was instrumental in establishing the Human Relations Center at Boston University (1966-1970). Marshall was involved with the New York Board of Education (1938-1942), the New York City Charter Commission, the American Jewish Committee (Vice President 1959-1962; honorary Vice President 1962-1986), the American Jewish Joint Distribution Committee, the Institute of International Education, the Jewish Publication Society, the American Association for an International Office of Education (Vice-President 1943-1947), the Wilderness Society and the NAACP. Marshall was an integral part of the U.S. Commission for UNESCO, and traveled as a U.S. delegate to conferences in Paris (1946), Mexico City (1947), Florence (1950) and Geneva (1959). He was actively involved in the development of the Ihud Association under the direction of his uncle, Judah Magnes.

Marshall served as President of the board of directors of the New York State Training School for Boys from 1934 to1935, and on the boards of the Hebrew University, the Martha Graham Center for Contemporary Dance, the P.E.N. American Center and the Robert Marshall Civil Liberties Trust.

It was in 1900 when I was four years old that I began my love affair with the Adirondacks. I am told that on the two previous summers we had been at Childwold. Of that I recall nothing except I see ladies in large hats sitting on the lawn drinking tea. I recall my first day at Knollwood well. I was standing with my two-year-old sister at the head of the steps behind our kitchen and I saw my first wildlife. It was a large toad and occasionally he hopped. It was an exciting moment. I had become acquainted with nature in a natural state, something not created by man such as things that ran by electricity or on wheels.

Since then I have missed maybe ten summers. I have been there several Winters, too. The first time I got off the train it was 30 degrees below zero. As I walked along the streets of Saranac Lake someone stopped me and said, "Do you know that your nose is freezing?" And I learned how quickly and with what ferocity northern cold can attack. The first time I skied across Saranac Lake to Knollwood and was driven back to the village across the lake with a horse and buggy. For several years I went to Lake Placid cross-country skiing around Heart Lake.

When we were youngsters, we spent three and-a-half months in the Adirondacks each year and all winter we looked forward to our return. If anyone had suggested that we go abroad or out West we would have rebelled. Knollwood, Saranac Lake, was the only place where one could relax and be happy.

My brothers, Bob and George, were famous as mountain climbers. They were the first to climb the 46 Adirondack peaks over 4,000 feet high, which started the hobby of the 46ers, something my brothers came to regret because so many mountain trails became eroded and so many new trails were built to trailless peaks Nevertheless, this climbing of the 46 brought many people to the Adirondacks, most of whom did not reach the peaks of the 46 but all of whom came to love our lakes and mountains and streams.

I myself had a reputation as a mountain climber but I really climbed very few. I was much more interested in fishing, in rowing our marvelous Adirondack guideboat, one of the greatest boat inventions ever made. I went through lakes on trips that took us over carries and up and down rivers. Camping was not as easy in those days as now. We not only had the guideboat to carry but our blankets and tents. We did not have sleeping bags, and the tents were heavy canvas. I did a great deal of fishing, mostly for northern pike (which we called pickerel), bass, lake trout, whitefish and brook trout. Sometimes one got nothing but a good day's outing, so that was that. I came to feel over the years that fishing was one of the two most relaxing activities, time spent with the mind wandering happily and leisurely. The other was going around and around mowing a field of hay.

My sister also climbed many mountains and was a good fisherwoman. Our father loved to walk, and to fish, and to identify flowers and shrubs he had not seen before.

We had other opportunities there, too. We played tennis and softball, which was quite an exciting matter. My brother Bob kept very complete records of every game.

One of the greatest bonuses of the Adirondacks was to get to know and travel with the old Adirondack guides. Our guide, Herb Clark, was one of the finest people I ever knew, a fast and secure man in the woods, a splendid fisherman and hunter, and a tireless rower. We learned much from him and his company was always a joy. Then there were other guides, too. I remember the Moodys and other Clarks and still more whose names elude me now.

The Adirondacks has been well preserved. There were battles in the earlier days with the lumber companies and with the New York Central Railroad, the engines of which sent out sparks that started many forest fires. There were battles to save rivers from destructive dams. (We fought fires, by the way, on some of the islands in Lower Saranac) But the Constitution has preserved the Adirondacks well.

Now that some of the big estates are being broken up and the lumber companies find that they have little more to make from their preserves, there is danger, of course, that further developments will be unplanned and this may injure the recreational possibilities of the Adirondacks as well as the state's water supply. But the Adirondack preserve has been a great thing. It has been a model for the federal government and other states. It has given a tone to recreation, an esthetic and spiritual satisfaction to hundreds of thousands, perhaps millions. Whatever lies ahead I shall be grateful to the Adirondack mountains, lakes, and Streams.

(Editor's Note: Mr. Marshall, 90, is a New York City attorney and brother of the late Robert Marshall, one of the pioneers of the wilderness movement in the United States.)