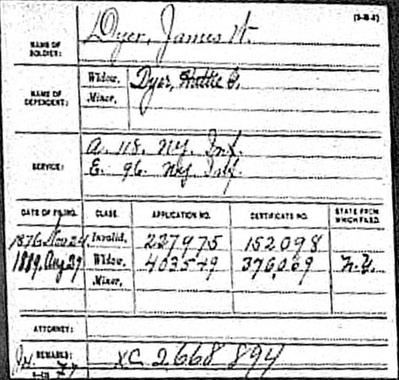 Chiefly known for: DAR marker on grave in Union Cemetery, Franklin, New York, served in the Civil War with the 118th NY Co. A.

James W. Dyer, an old veteran and comrade in the G. A. R., is very sick with Bright's disease. No hopes are entertained of his recovery.