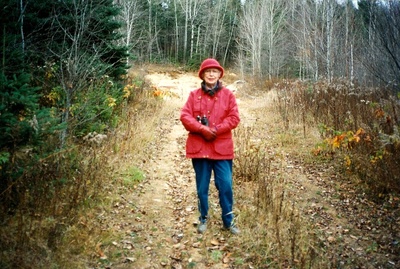 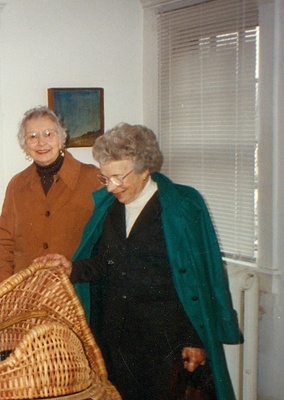 Jeanne Meyer DeMattos was a business and social powerhouse in Saranac Lake from the time she arrived here. The daughter of Dr. Gustave Meyer and Paula Woarms Meyer, she grew up in the suburbs of New York, summering on Sable Island in Lower Saranac Lake. She married Jacques DeMattos in 1937 and in 1940, they moved to an old farmhouse on the Bloomingdale Road where they lived until 2006, when she moved to Saranac Village at Will Rogers. In 1952, they bought radio station WNBZ operating it until 1963 when they sold it to Jim and Keela Rogers of Lake Placid. In 1969, they purchased "Meet the Town Saranac Lake". Jeanne was a very active partner with her husband in their businesses.

Jeanne was a very community-minded person and she and Jacques were very involved in many civic and charitable organizations. She was the secretary to the Saranac Lake Free Library board of trustees for many years, and a founders of the membership committee. She founded the Brown Bag Lunch in 1985 and was its program coordinator for many years. She was a founding member of Historic Saranac Lake, the Paint and Palette Art Association, the Capricorn Lunch and she served as president the Sister City Committee. She served on the board of the Stevenson Cottage, as secretary of the North Country Community College foundation, and as president of the Saranac Lake Village Improvement Society. She coordinated radio and special events for the Saranac Lake Antiques Show and Sale, a program of the Saranac Lake General Hospital Auxiliary.

Jeanne was named Citizen of the Year in 2001 by the members of the Saranac Lake Area Chamber of Commerce. She and Jacques served as an unofficial Welcome Wagon for newcomers to the region.

In their retirement years, Jeanne and Jacques, traveled extensively in the U.S. and visited Guatemala, India, France, Germany, Italy, Belgium and Holland.

She died from complications of a hip fracture.

For another photo of Jeanne, see Eddie Vogt.