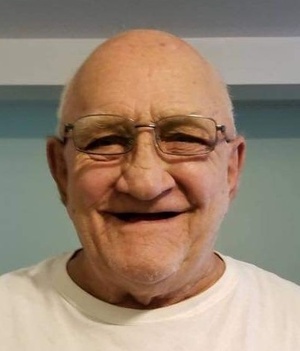 Champ was born in Redford, New York on Nov. 17, 1935, and was a resident of Saranac Lake most of his life. He was one of 12 children born to Spencer and Stella Branch.

He was a veteran with two honorable discharges serving proudly in the U.S. Army National Guard and the U.S. Navy during the Korean Conflict from 1954 to 1958.

Champ was still actively managing the Thompson building doing much of the maintenance and painting for Rob Grant & Associates at the time of his passing.

Champ loved the Adirondacks as well as a good game of pool. What brought him great joy was drinking coffee with his friends and scratching lottery tickets at Stewart’s Shop. Many that knew Champ, young or old, respectfully referred to him as “the mayor of Saranac Lake.”

Champ is survived by his four sons and their spouses, George and Jen, David and Heather, Jerome “Jay,” and Matthew Branch; his four daughters and their spouses, Dianna and Richard Squires, Patricia and Wayne Bailey, Paula and Randy Balser, Anna and Gil Williams; and his brother, Augustine Branch, and sister, Louise Wilcox. Champ is also survived by 30 grandchildren, 16 great grandchildren as well as many nieces and nephews.

Champ was preceded in death by his father and mother, his son Donald Branch, his daughter Stella Branch, his brothers: Harlan, Roland, Richard, Marshall, Donald, Joseph and George Branch, and his sisters Mary Branch Miller, and Rose M. Glover.

A meet and greet celebration of Champ’s life with military honors is set for July 9 at Carousel Park across from Stewart’s Shop in Saranac Lake. Family and friends wishing to honor the memory of Champ Branch can send food or money donations to the Saranac Lake Interfaith Food Pantry at 15 Bloomingdale Ave., or in care of the Fortune-Keough Funeral Home, 20 Church St., Saranac Lake, NY 12983. Family and friends can also send condolences, share memories and sign the online guest book at www.fortunekeoughfuneralhome.com.