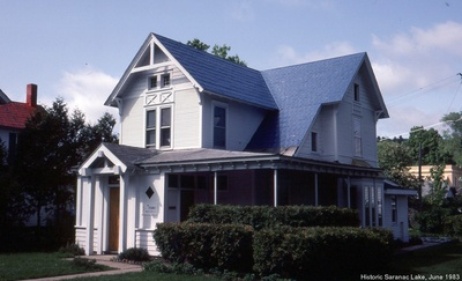 The Jewish Community Center was dedicated c. 1934, and the ceremonies were attended by then New York State Governor Herbert Lehman.

Past Presidents of the Jewish Center were Irving Altman, William Meyer and Howard Hoffman.

Benefit performance at Carnegie Hall Sunday evening brought out an impressive aggregation of headliners which played a long bill to an audience that nearly filled the big house. Event was for the Jewish Community Center and Social Service Fund of Saranac Lake, which in the pet hobby of William Morris, who promoted and carried through the entertainment.

Novel features included the first local appearance of Mitzi Green, child film player and daughter of Joe Keno and Rosie Green, who did a remarkable song and dance turn before Paul Ash and the Paramount stage band. Youngsters' imitation of Moran of Moran and Mack singing a ballad was a riot.

There were three masters of ceremony starting with Solly Ward and finishing with Bugs Baer, with Lester Allen presiding midway through the evening.

Horace Heidt and his band without their Instruments but working an male singing group, opened the proceedings, not forgetting the dog which had teen taught new tricks during their foreign travel. Arnaut Bros. made one of their rare appearances without the white face makeup and clown garb.

Harry Lauder sang a sentimental ballad without a trace of accent, which left the audience a bit stunned. Joe Smith and Charley Dale did "Dr. Kronkhelt." their old sketch and paniked [sic] this mob of insiders, and so did Jack Pearl with the old crossfire of tangled speech.