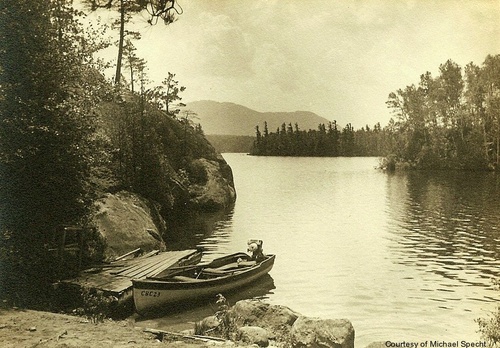 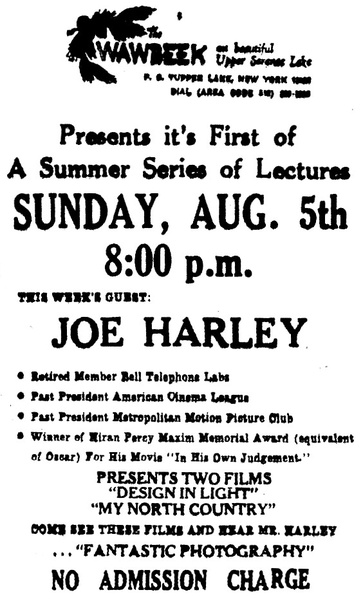 Joseph Harley was a Bell Labs engineer from Summit, New Jersey who spent summers at a platform tent site on Bluff Island in Lower Saranac Lake from the 1930s to the 1970s. He was also a film maker and photographer, and served as president of the Amateur Cinema League.

He brought a number of friends to his camp site on Bluff Island, and several became campers themselves, including Frank Leamer and Malcolm A. Specht.

SUMMIT, N.J. — Word has been received of the death of summer Saranac Lake resident Joseph J. Harley, who died at the Overlook Hospital here May 18, 1992.

Born in Hungary, he attended college in Budapest, specializing in engineering. He came to the United States in 1922, returning to Hungary once, to marry and bring his bride, Mary, to this country.

He worked for Bell Telephone Laboratories for 34 years, until his retirement in 1963. During that time he had eight patents to his credit, including that for the cable lasher, which is widely used across the U.S. for lashing aerial cables to supporting strands between telephone poles.

Known for his movie-making hobby, he was the 1944 winner of the Hiram Percy Maxim Memorial Award for his movie "In His Own Judgement." In 1948 he received first prize for his film "Little Intrude[r]" at the Cannes Film Festival in France.

He made his first trip to Saranac Lake in 1928, and returned every year to camp on Bluff Island, later purchasing a summer home in the area.

Survivors include his wife; a son, Edgar; and a granddaughter. Funeral arrangements were made through the Brough Funeral Home in Summit.

The Sunday evening entertainment primarily consists of showing sound-color movies by a member, Joseph Harley. "In His Own Judgment" deals with the life of a hermit in the Adirondacks which won the "Oscar" of the year in the annual contest of the Amateur Cinema League. His second picture will be "Design in White," a study of snow, ice and water, and finally "Little Intruder," a lively, humorous story of a little tame robin.

HARLEY FILM TO BE SHOWN WEDNESDAY

A real visual treat is said to be in store for those who attend the meeting of the Lake Placid North Elba Historical Society slated for the Museum on Averyville Road on Wednesday, Aug. 26 at 8:15 p. m. following a brief business meeting of the organization. Joseph Harley, the photographer, former Bell Telephone engineer and annual summer resident of Lower Saranac Lake, will show another of his fine series of outdoor films.

The title of the movie "In His Own Judgment"- won Mr. Harley the Hiram Maxim Memorial Award, which is just one of the many prizes which the gifted camera artist has received. Other recognition of his ability includes several first place awards at the Cannes Intemational Festival, held regularly in France.

Since past response by area audiences has been to favor able— most recent proof being his full house plus presentation at the Whiteface Atmospheric Research Science program on Aug. 4th. the Historical Society anticipates a wen-attended ga thering of members and their guests.

Other interested people are welcome to attend up to the capacity of the former railroad station. There is no admission charge.

Joseph Harley, well-known summer resident and prize-wining amateur photographer, has made a gift of a large projection screen, 100 feet of electric cable and a high table to hold a projector to the Saranac Lake Free Library. In addition to his gifts, Mr. Harley has spent many hours editing film, acquired by the library from various collections. Identification has been made of the people and places in the films, which date back to the '20s'.

Mr. Harley's generosity adds greatly to the audio-visual department of the Saranac Lake Free Library, and when a suitable projector is procured the library will be able to show films of any vintage. A series of programs is planned.

Anyone who has moving pictures of the past of Saranac Lake is asked to consider donating them to the library to be placed in the permanent collection of the William Chapman White Adirondack Room.

The Hiram Percy Maxim Memorial Award for 1944 has been presented to Joseph J. Harley of Madison, N. J., for his work in the field of amateur motion pictures.

NEWS AND NOTES ALONG CAMERA ROW

THE eight-film program presented at Hunter College last week-end on the twenty-first gala night of the Metropolitan Motion Picture Club gave the audience of lay public and amateur moviemakers a well-balanced picture of amateur movie output on the better level...

"Hell Drivers of Mount Van Hoevenberg," by Joseph J. Harley, A. C. L.'s president and a skiing as well as movie enthusiast of many years standing, was an excitingly beautiful report of the thrills of the Olympic bob-sled run near Lake Placid...

Two color films will be shown which were produced and filmed by Joseph J. Harley of the Bell Laboratories in Murray Hill. The first movie "In His Own Judgment" won the Academy Award for the best amateur movie. The second one is an animal story— "The Little Intruder". 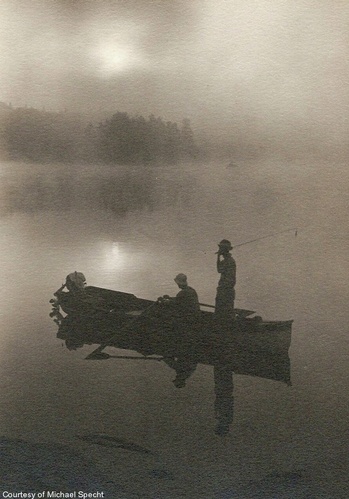 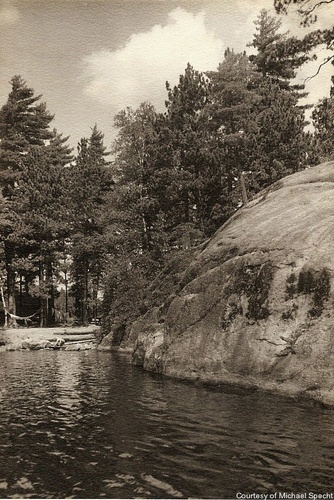 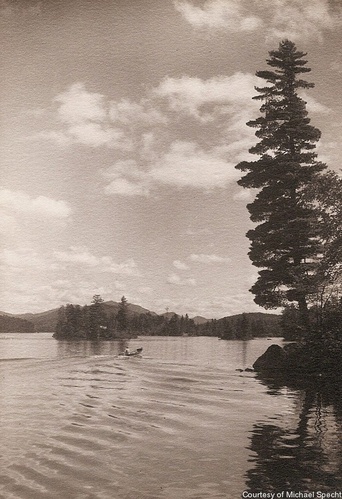 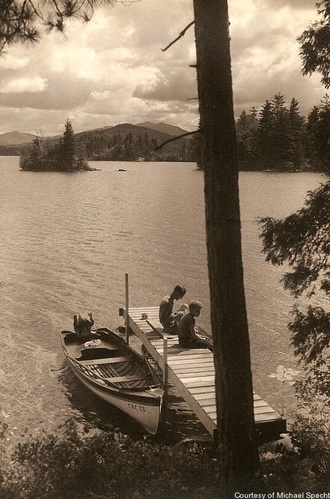 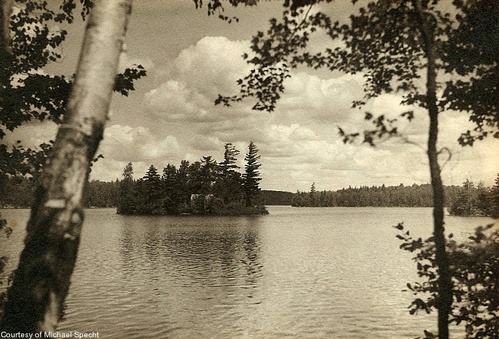 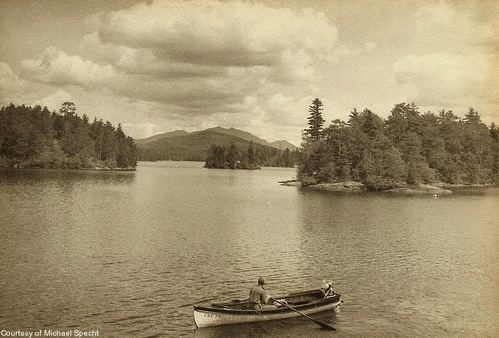 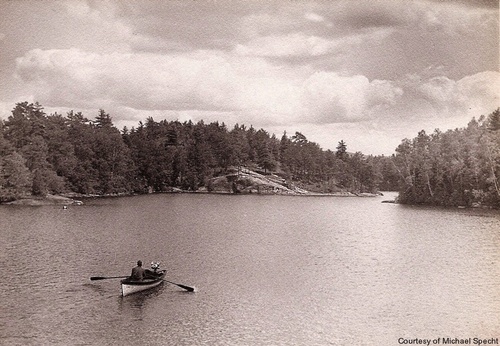 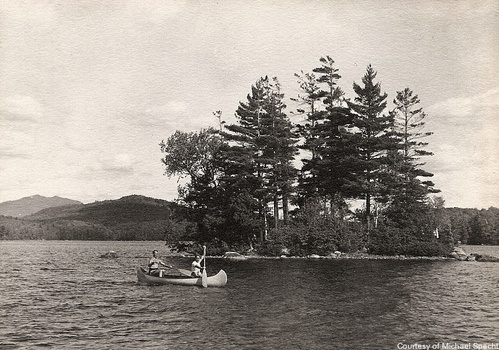 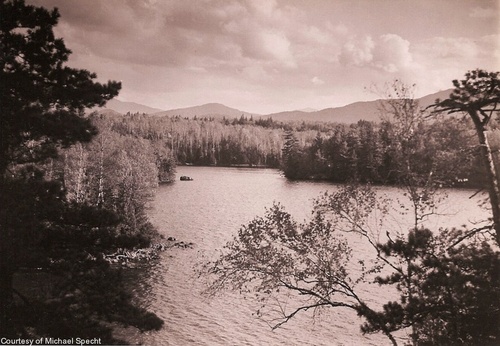 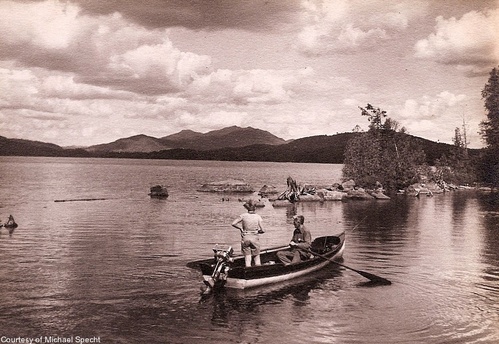 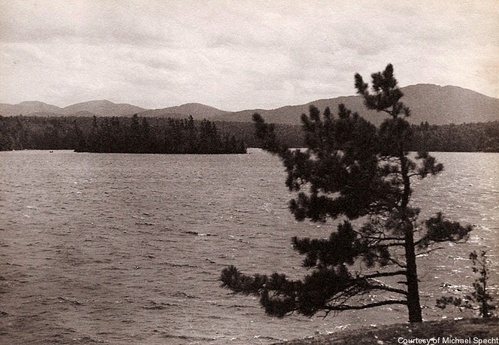 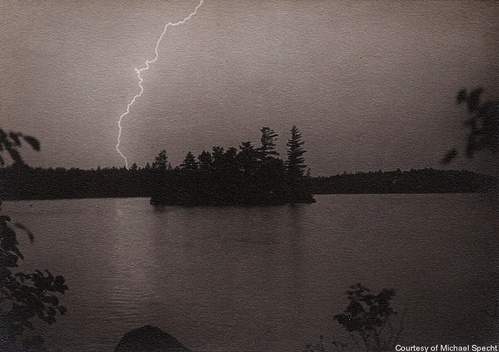 2013-01-24 22:15:13   Hi my name is John Fugazzotto . My Mother's father, Robert Newell lived with his wife/Grandma in Bloomingdale NY in the Adirondacks not far from Lake Placid. I have three brothers and four sisters. Dad would load everybody up in the station wagon and off we'd go to the Adirondacks!!!  It was the best time of my life! When we go older we were allowed to go off on our own. My brothers and I would got to Saranac Lakes, upper, middle and lower. The manual lock system was a thrill to use! The size of the Northern pike we would hook always scared the bajesus out of us as they would chase the lure right up to the boat! They were so big. It was such thrill to have them hit that lure right off the boat and soak everyone!There are so many memories/stories....:) We were fortunate to have the parents and Grandparents we have/had.

When you mention NY. Everyone thinks of the City. NY is so much more than that. The unbelievable lush forests with the carpets of green moss. The thousand lakes and the giant rock outcroppings are beyond words. Of course you can't get enough in one life time! It truly is an historic Gem!................John Fugazzotto —50.37.90.207