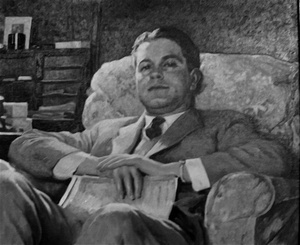 A brick at the Saranac Laboratory has been dedicated in the name of John Black by Historic Saranac Lake. 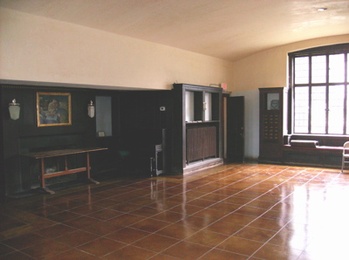 John Baxter Black was a patient Saranac Lake for five years. After his death in 1923, his parents gave an addition of a new wing to the Saranac Laboratory in his memory.

John Black attended Andover Academy and Princeton University. He planned to work at the Ohio Brass Company of which his father, Frank Blymyer Black, was founder and president. Then came the Great War, and in May of 1917, John Black sailed for France with the Princeton Unit to enter the American Field Service as a volunteer ambulance driver. Instead, he spent that summer on the Aisne front with the French camion service.

In October of 1917, John joined the American army at Paris. He was sent to the French Artillery School and was in active service in France until returning home ill with tuberculosis in May of 1918. Sent to Saranac Lake for the fresh air cure in July of 1918, John and his mother stayed in the village for five years, renting three different houses.

By 1923 John was strong again. In May he went to Montreal for a final corrective surgery, expecting to go home cured. Tragically, John Black died on May 16, 1923, in Montreal, from infection following the surgery. John was laid to rest near his family home in Mansfield, Ohio.

“… I knew him in this battle of the porch,

Knew his poise, the bright

Helped others in the fight….”

Noted architect and friend from Princeton, Robert W. McLaughlin, Jr., [http://www.e-nebraskahistory.org/index.php?title=Robert_William_McLaughlin,_Jr._(1900-1989),_Architect] designed the addition. McLaughlin graduated in 1921, after serving with the U.S. Navy during the World War. Diagnosed with TB, he was sent to Saranac Lake in 1922. Working with G. G. Symes, McLaughlin completed the John Black room in 1928. In 1934, also as a gift of the Black family, he added the second floor offices and labs under the auspices of Holden McLaughlin Associates. Robert McLaughlin went on to a distinguished post as director of the School of Architecture at Princeton from 1952-1965.

One perceptive visitor to the John Black Room remarked that the space “looks like Princeton.” Indeed, the stylistic similarities are no accident. The room was designed by the Princeton architect Robert McLaughlin, and the Black family had close ties to Princeton. Two of John’s younger brothers, Donald and Roger, followed him there. In the next generation, five of Frank and Jessie’s seven grandchildren attended Princeton. After John’s death, the Blacks dedicated a stained glass Tiffany window at the Princeton Chapel in his name. Other Princeton contemporaries of John Black who volunteered for service in France include writers F. Scott Fitzgerald", Edmund Wilson, and John Peale Bishop.