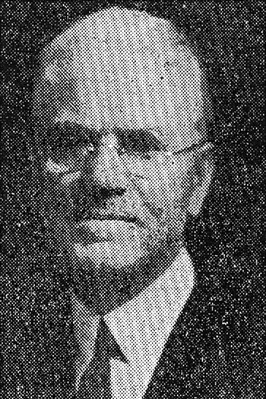 In 1902, he was the victim of an attempted murder by former village policeman, John LaPan.

The Saranac Lake Medical society, of which Dr. Russell was the eldest member, will, attend the Mass in a body and will serve as honorary pall bearers.

Interment will follow in the Catholic section of Pine Ridge cemetery. The body is resting at the doctor's home.

Elks services will take place at the home at 8 o'clock this evening, followed by memorial rites, to be conducted by the local council. Knights of Columbus, at 9:15 p.m.

Dr. Russell was born on Dec. 23, 1861 in Hancock, Mich., the son of Daniel and Annie Conway Russell. He moved to AuSable Forks with his family when he was two years old.

The elderly physician was a graduate of Keeseville academy, class of 1881 and completed his medical studies at New York university in 1886.

Dr. Russell married the former Miss Mary Elizabeth Brenan on April 28, 1886 in AuSable Forks. The couple celebrated their golden anniversary in 1930 and Mrs. Russell passed away on the following July 7.

Dr. and Mrs. Russell moved to Saranac Lake in 1892 and on March 1 of that year the doctor opened his medical practice in this village.

During his long residence here, Dr. Russell was always active in civic affairs of the village, having held many responsible positions in municipal and fraternal organizations.

He was president of the Village for four years and was a past president and a member of the school board for 14 years.

In January, 1948, Dr. Russell resigned after 10 years as president of the Saranac Lake Federal Savings and Loan association of which he continued to serve as a director until the time of his death.

The general practitioner was a charter member and first grand knight of the local Knights of Columbus and had been an active member of the Elks lodge.

He was a leading participant in the Democratic party and for three years he served as its State committeeman. 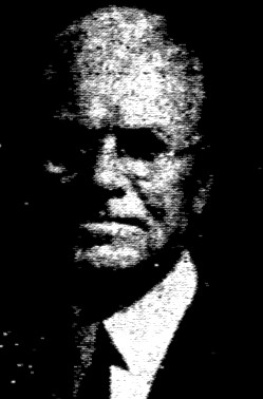 Dr. John C. Russell, who has practiced medicine in and about Saranac Lake for 55 years, celebrated his 85th birthday quietly at his home, 7 Olive street, on Dec. 24. Dr. Russell was guest of honor at a dinner party attended by his children, their husbands and wives and his grandchildren.

Despite his years, Dr. Russell enjoys splendid health and retains an active interest in community affairs.

Dr. Russell was born in Hancock, Mich., and when he was two years old his family moved to Ausable Forks. He attended Keeseville academy from which he was graduated in 1881. He was graduated from New York University in 1885. Shortly after his graduation he came to Saranac Lake to practice.