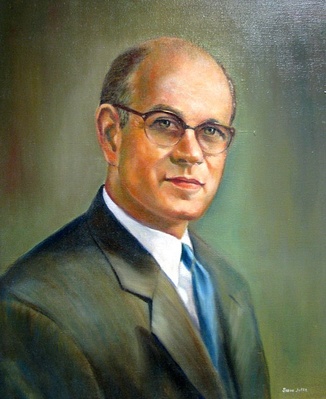 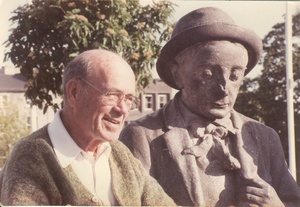 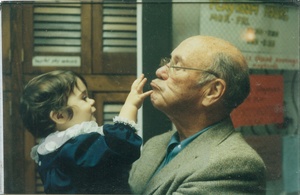 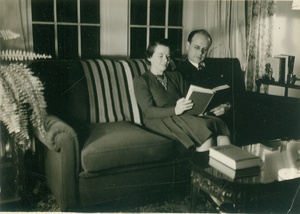 Undated, unidentified clipping in a scrapbook at the Saranac Lake Veteran's Club.Born: December 5, 1904 in Saranac Lake

Dr. John R. Murphy, in family practice, served as school physician in Saranac Lake for many years, and as health officer for the Village of Saranac Lake and Town of Harrietstown. He was a World War II veteran, attaining the rank of Major in the U.S. Army Air Corps. He lived at 24 Kiwassa Road, and had a camp called Tanglebirch on Hoel Pond.

Dr. Murphy and his wife are buried in St. Bernard's Cemetery.

Dr. Murphy graduated from Saranac Lake schools, the Albany College of Pharmacy in 1924, St. Lawrence University in 1933, and Syracuse Medical School in 1935. In addition to treating thousands of patients in his own practice, Dr . Murphy was school physician in Saranac Lake for many years, retiring in 1974 when he reached mandatory retirement age. At the time of his death he was health officer for the Village of Saranac Lake and Town of Harrietstown.

He was chairman of the Franklin County American Cancer Society, a member of the Society's New York board of directors, a member of the Medical Society of the State of New York, and served on the Camp Adirondack prison advisory board.

Dr. Murphy was a member of the Saranac Lake Rotary Club, which gave him the prestigious Paul Harris Fellowship Award. He was also a member of the American Legion, Veterans of Foreign Wars, Elks Lodge 1508, Ancient Order of Hibernians, third degree Knights of Columbus Council 599, Bishop Gabriels fourth degree Knights of Columbus, and the Saranac Lake Medical Association.

Dr. Murphy was a major in the Army Air Corps during World War II, serving as a flight surgeon in North Africa, Italy and India. He served in battle zones for two years and earned the Air Medal and Distinguished Unit citation badge.

He returned to his medical practice in Saranac Lake in late 1945.

He was predeceased by his wife, the former Catherine Fogarty, on July 20, 1971.

Calling hours will be held at Keough and Son Funeral Home in Saranac Lake today from 7 to 9 p.m. and Thursday from 2 to 4 and 7 to 9 p.m. A Bible vigil service will take place at 8 p.m. Thursday.

Memorial contributions may be made in care of the funeral home to the Carmelite Monastery or the American Cancer Society.

Nominations for Carnival King and Queen

...Dr. John R. Murphy was born in Saranac Lake in 1904. He attended the Broadway school and graduated from Saranac Lake high school.

Dr. Murphy is a graduate of Albany College of Pharmacy, received a B.S. from St. Lawrence University and his M.D. from Syracuse University College -of Medicine in 1935.

He began in private practice from  1936  until joining the U.S. Army Air Corps in 1942. After graduating from the Air Corps School of Aviation Medicine, he served as a flight surgeon from 1943 until 1946 and saw service in North Africa, Sicily, Italy and India.

On his discharge he returned to private practice in Saranac Lake.

Dr. Murphy is the father of four — two sons and two daughters. He is married to the former Ellen Starr of this village.

He is a member of the Knights of Columbus, honorary life member of the American Legion and a past president  of the local Rotary Club.

Dr. Murphy has also served as president of the Franklin County Cancer Society and chairman of the Service and Rehabilitation Committee of the State division of the society.