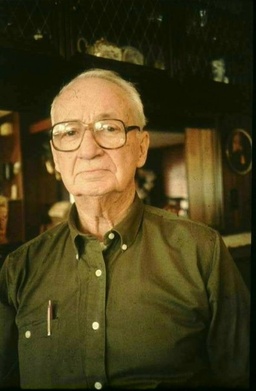 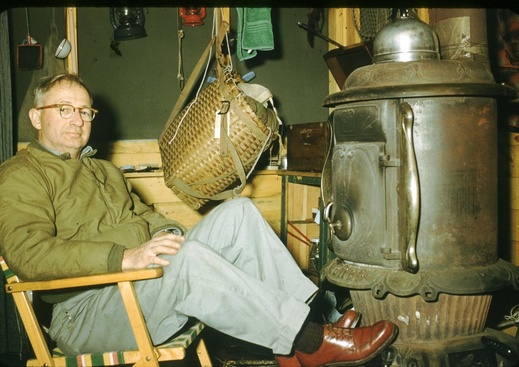 John W. Gorgas, submitted by one of his grandsons, Chris Gorgas. Born: October 16, 1903

John W. Gorgas was a switching engineer for Bell Telephone. He held Tent Platform Permit No. 1197 in Pope Bay on Lower Saranac Lake. 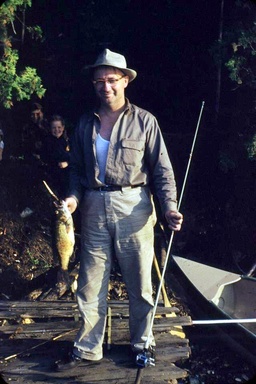 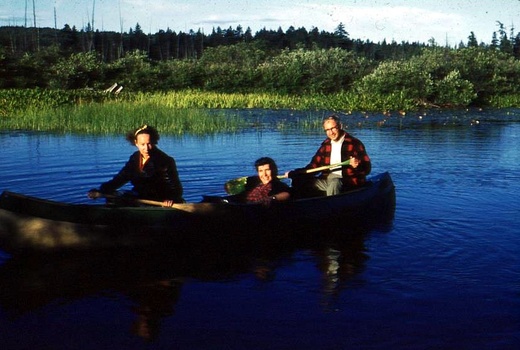 Grandparents and Aunt RuthHe was born in Kenilworth, New Jersey and grew up in Newark and East Orange. As a boy he visited Thomas Edison on numerous occasions, and over time was influenced to become an inventor. He was employed by Bell Telephone, beginning as a pole climber, and eventually moved into management as a switching engineer. He studied engineering for two years at Drexel, but left before completing a full degree. He worked on the Manhattan Project. Over time, he acquired over 100 patents, all of which were signed over to Bell Labs for a dollar each. He invented the switch used for conference calling. He was "loaned" to AT&T to head the development of the Autovon Switching project for the US Air Force. The resulting Polygrid system was the forerunner of the internet. 1

He first came to Saranac Lake on a canoe trip, then began camping on Turtle Point on Middle Saranac Lake. Eventually, he secured a permit to build a tent platform on Lower Saranac Lake. Although he traveled extensively around the US and Europe, he loved his camp, and some years spent from Memorial Day to Columbus Day weekend there. Not only his grandchildren, but many of their friends kept him and my grandmother company throughout the summer. A devout Christian, every breakfast and supper concluded with an informal Bible study.

He built his own telescope, and loved star gazing. He and his sons once camped on top of Mt. Marcy on a new moon to get a better view of the stars.

He loved any kind of boating, having been on the Drexel university crew team. Twice he took young folks on the 90 mile canoe trip from Old Forge to Saranac Lake, 2 but he also enjoyed motor boating, and even took up water skiing later in life.

Many of his descendants and their friends continue to camp on the Saranacs.

1. Janet Abbate, Inventing the Internet, MIT Press, 2000, wrote "The polygrid network," according to the system's architects, "plays a major role in ... at the switching nodes with instructions to change routes. (Thanks to Keith Gorgas for this quote.)"
2. For a description of the route, see Adirondack Canoe Classic