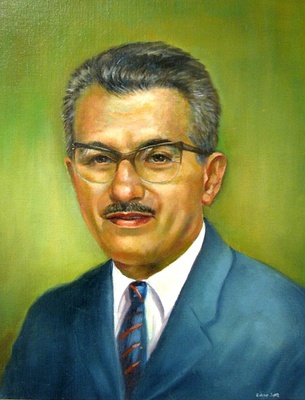 Dr. Joseph Rosenstein was Chief of Radiology at the Saranac Lake General Hospital.

Rosenstein to retire as Chief of Radiology

SARANAC LAKE - Forty years is a long time to be Chief of Radiology at the General Hospital of Saranac Lake and Dr. Joseph Rosenstein, along with his wife Yetta, has decided to trade it for the balmy breezes of Florida most of the year. When asked why he's decided to retire, Dr. Rosenstein replies, "It's enough."

Dr. Rosenstein came to the original hospital at the top of Winona Avenue in 1949, establishing its first radiology department with one portable x-ray machine which was shared with the Trudeau Sanitorium. There's almost no comparison with the world of radiology today.

"Today we call it 'medical imaging.' There's just so much more available in technology, especially in the non-invasive areas such as ultra sound," he said. "It's almost like night and day."

Dr. Rosenstein began his medical career at the University of Michigan and then the University of Lausanne in Switzerland, where he earned his M.D. He completed his internship at the Brooklyn Jewish Hospital and from 1943 to 1946 was Captain in the U.S. Army at the 164th Field Hospital in France.

When he first came to Saranac Lake from New York the climatic change was quite a shock. "I got off the train in the middle of November in a place called Faust. It was so cold, that if there had been another train coming through, I would have been on it."

There wasn't a need for a full time radiologist at the hospital and Dr. Rosenstein also practiced at Sunmount. Later, he was joined at the General Hospital of Saranac Lake by Leonard Bristol, MD, who began coming to the area to practice while still in his residency at Johns Hopkins.

Dr. Rosenstein took to the road to set up departments at surrounding hospitals in Tupper Lake, Lake Placid, Malone and Elizabethtown, as well as the Air Force Base in Pittsburgh. Today, he wonders how he managed to keep up, especially considering the state of roads back then. "My heart used to be in my mouth coming from Tupper during the winter," he says.

Just as roads and cars have improved, so has the field of radiology. "It's unbelievable what you can see today compared with the past," he said recently as he reflected upon the advances that have occurred. "With ultra sound you can assure a woman that she has a viable baby or you can use it to discover cysts, tumors, gall stones and all sorts of conditions that we just had to guess at in the past. Medicine in Saranac Lake has changed as well, and Dr. Rosenstein misses the academic atmosphere which was present during the tuberculosis cure era. "I was in awe of the physicians who were here. When Dr. Wells walked into the room, I stood up," he recalls.

"The pace was a little slower; there was a nice feeling and doctors had; more time to talk to the patients."

Still, Dr. Rosenstein cautions that, he does not really miss the good old days. "Many more people died then and were in much more pain."

"Most of all, I'm going to miss the people," said Dr. Rosenstein.

He admits it will probably take some doing to adapt to retirement. To counter that, Dr. Rosenstein says that he will probably continue his work as a consultant, reading x-rays for the U.S. Navy and advising the State of New York.