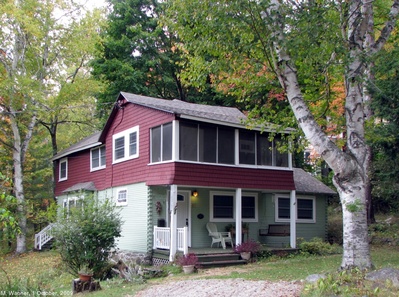 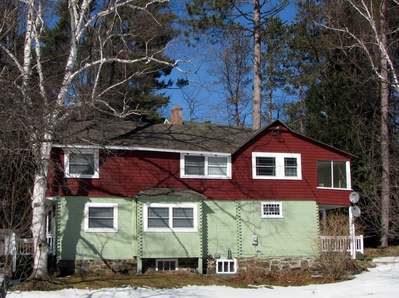 Other information: Katherine Elizabeth McClellan was an early woman photographer, working here between 1882 and 1934. She had come to the Adirondacks with her family for the health of her sister, who was curing from tuberculosis. Her father, Dr. Ezra S. McClellan, became the Village's first health officer and developed the Highland Park subdivision in the upper Park Avenue area of the Village. While in Saranac Lake, Katherine McClellan published an illustrated booklet on the John Brown Farm. She later returned to Northampton, Massachusetts, opened a studio there and became the official photographer for Smith College, of which she was a graduate. She took photos of many college activities, as well as visitors such as the author Henry James. Her work in Northampton is archived in the Sophia Smith Collection at Smith College.

Early photos of this studio show that it was originally a one-story building located up the hill on the other side of the big rock that is still a landmark on the property. At some time it was moved and raised onto a new first floor.

It was in this house that the events transpired that led to one of the all time great headlines in the Adirondack Daily Enterprise: Saranac Girl Hid Bodies of 10 Men Sent by Stranger. The story is here.

In 1972, the house was purchased by Bev and Jim Berry, who hung a sign outside naming it "The Berry Patch," and lived there until their deaths.

The Katherine McClellan Studio is listed on the National Register of Historic Places as a contributing element to the Highland Park Historic District.

Chain of ownership, from research by Philip L. Gallos: