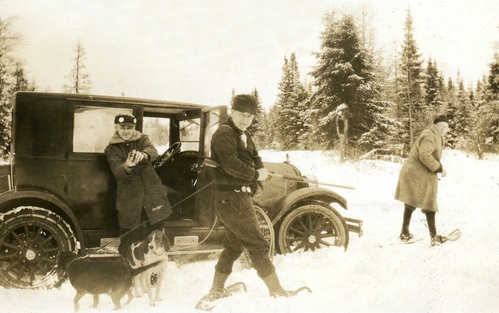 Leon E. Cheeseman operated the L.E. Cheeseman Sport Shop at 5 Broadway (in the Berkeley House) and later at 32 Broadway.

Leon E. Cheeseman of 91 Broadway, Saranac Lake, died at 1:15 this morning at Saranac Lake General Hospital where he had been a patient since Sunday.

Friends may call at the Fortune Funeral Home after 2 p.m. Tuesday. Funeral arrangements are incomplete.