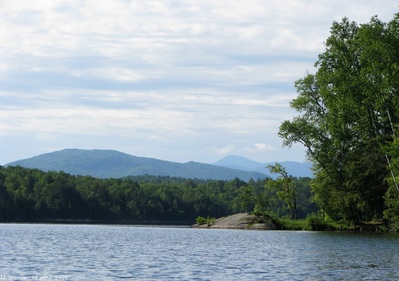 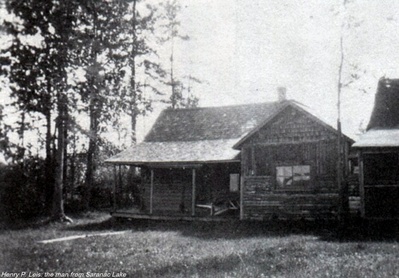 In 1931 the Henry P. Leis family stayed at this cabin located where the municipal beach is now. There was no electric power, and New York Route 86 had not yet been built. Lake Colby is a 272-acre lake, located on the Harrietstown Road just outside the village of Saranac Lake; its outlet feeds into Lower Saranac Lake. Lake Colby is also the name of a hamlet located just north of the lake.

Theatrical agent William Morris, built Camp Intermission on the western shore of Lake Colby in 1928, and invited his clients to come there for rest and relaxation. In 1963, it became Camp Colby, a boy's conservation education camp, and in 1971 it became co-educational. It is now the Lake Colby Environmental Education Camp, for 10 to 13 year-olds.

The Lake Colby Dairy and Produce Farm was located across the road from the lake; it is now the site of the Adirondack Medical Center.

At one time there was a move to rename Lake Colby Veronica Lake.

The Colby Classic Ice Fishing Derby has been since 1984. The anglers who participate do so with a passion not just for hooking the big one but also for the love of the sport and being one with nature. In researching the story I found a quote from American writer William Tapply that sums up the experience. He states, “I’ve gone fishing thousands of times in my life, and I have never once felt unlucky or poorly paid for those hours on the water.” -Josh Clement (Mountain Lake PBS)

Another Winter Carnival is over! Many thanks are due to all the people who worked so hard to make it a success!

In the late 40s and early 50s the Lake Colby Sports Association was started. We had the very first Pee Wee Hockey games in our area. We even had a Junior Girls Hockey Team. The coaches were Bob Finn, Jim Forbes and Vic Saumier. The Lake Colby School had a wonderful rink. When there was no "icetime" for us in the Arena in Lake Placid, the kids could practice on their own skating rink.

Phil Daniels was the president and I was the secretary. There were other officers, but I can't recall who they were. Bea LaFountain was our "Guiding Light." (The LaFountains owned Durgan's Restaurant.) Bea helped us to raise money for the Association, with food sales and donations. She organized a "Snow Ball" to raise money. We raised enough to buy green and white warm-up suits. The night before the Carnival Parade was spent decorating our float. We had a flat bed truck on loan from Harley Branch's potato farms. We used green and white to decorate. The day of the parade we took first place. Our young people looked so beautiful in their new warm up suits on the green and white float. (Cheeseman's Sport Shop gave us a "good deal" on the suits.)

Tommy Fina was one of our speed skaters. We managed to have enough money with the help of his dad, to send him to the Nationals in St. Paul, Minn., where he did us proud. He was later killed fighting a fire on Dorsey Street (1954). Somehow, he came in contact with a live wire and was killed instantly.

We were so proud of our Boys and Girls. The parents and children all worked together. I wonder where they are today and if their memories of that time are as precious as mine?