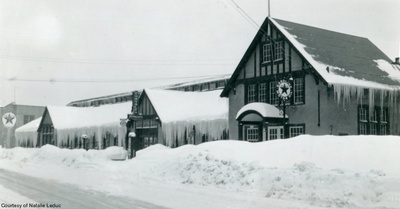 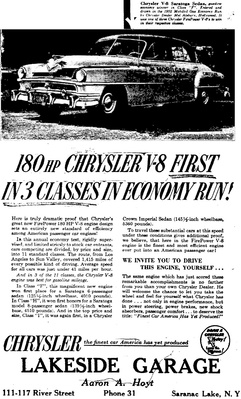 Adirondack Daily Enterprise, April 29, 1952 The Lakeside Garage, also known as Al Shortt's Garage was located in the former Curling Club building at 111-117 River Street. It was bought by Al Shortt in 1930; he sold the business to Aaron Hoyt in 1951. It was demolished in 1976 as part of the widening of River Street.