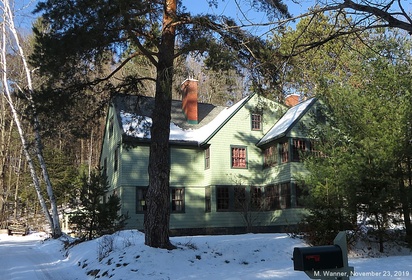 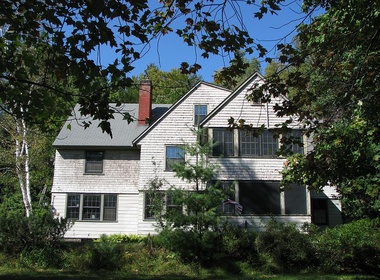 Other information: The house was owned by the Reverend and Mrs. Walter H. Larom, of St. Luke's Episcopal Church, who lived nearby at 108 1/2 Park Avenue. The property included 110 Park Avenue and 112 Park Avenue, both of which were rented to TB patients and their families. In 1915, the Laroms leased 112 Park to Harris D. Stearns, a stockbroker, and his wife, Anna, and three servants, including Frances Daily, a registered nurse. The house was later rented by John Black and his family. Alice Everest Ridenour of 112 Park Avenue is pictured in the 1938 Canaras as a graduating senior at Saranac Lake High School. Still later, Fritz and Janet Decker raised their family there. Tom and Rita Kenedy lived there in the 1970s, and it was owned by David A. and Mary C. Hubbell until 2008. It sat vacant for 10 years until 2018 when the current owners, David and Valerie Trudeau, purchased and restored the home.