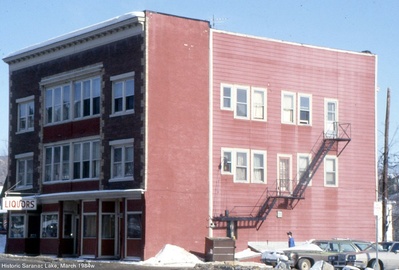 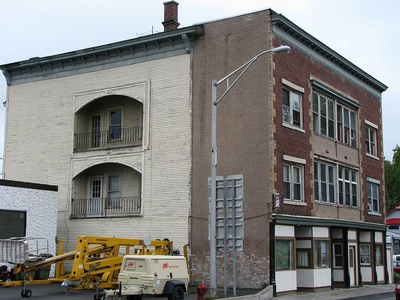 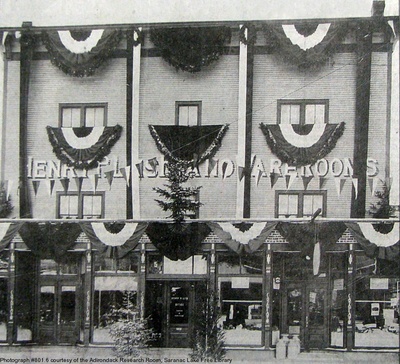 Year built: Before 1895, with replacement or major renovations before 1903 and again 1910-1914 (front brought flush with 1st floor, cure porches added)

Other information: A commercial building with apartments built with cure porches, added about 1915. It housed Henry P. Leis pianos and Earl H. Finnegan's Pharmacy on its first floor. 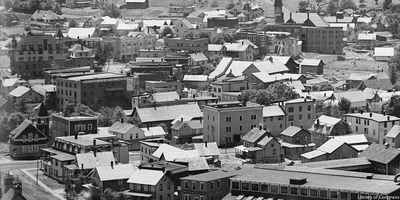 Bloomingdale Avenue from Mt. Pisgah, 1902. About the center of the photograph is the Leis Block, before its front was extended, or its cure porches added. The Baptist Church is at left, directly across Bloomingdale Avenue from the Grand Union Hotel. At bottom right is the mill of Branch and Callanan. At upper left is the Berkeley House.The 1895 and 1899 Sanborn maps show Thomas J. Farrell's blacksmith shop on the site, consisting of three buildings. The 1903 Sanborn shows a single, larger building on the site labelled "Hand Laundry 1st Hall". Marie Leis Pearce writes that when her father bought the property on April 20, 1903 for $4,600, it was already a three-story building with the blacksmith shop on the first floor, a pool hall on the second floor, and a dance hall on the third. So the building was evidently greatly expanded or entirely replaced between 1899 and 1903.

Leis expanded the building, and added apartments designed for TB patients and two store fronts on the first floor. Henry Leis operated a piano and musical instrument business on one side of the first floor, and A.G. Lavalley operated a grocery business on the other side. Later photographs show the Cut Rate Pharmacy as a tenant.

The 1917 health survey indicates the presence of TB patients. 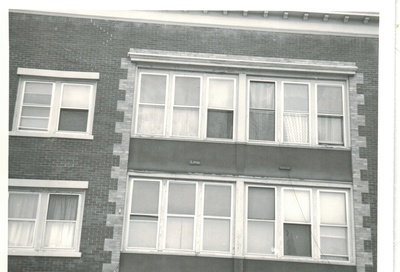 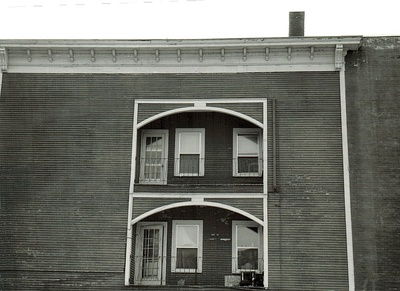 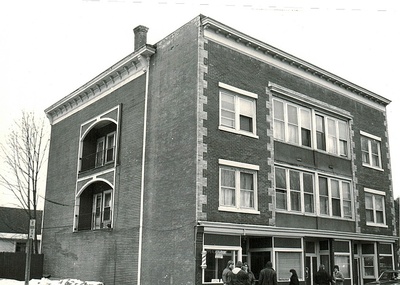 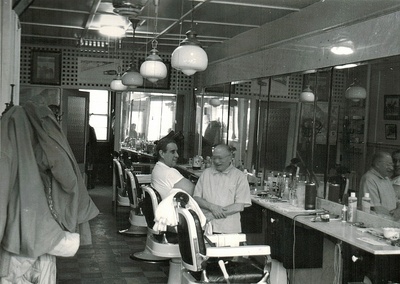 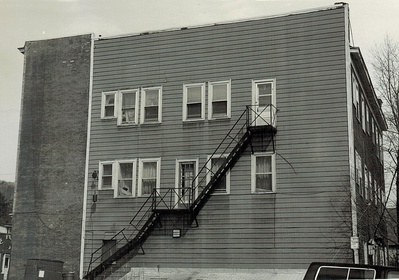